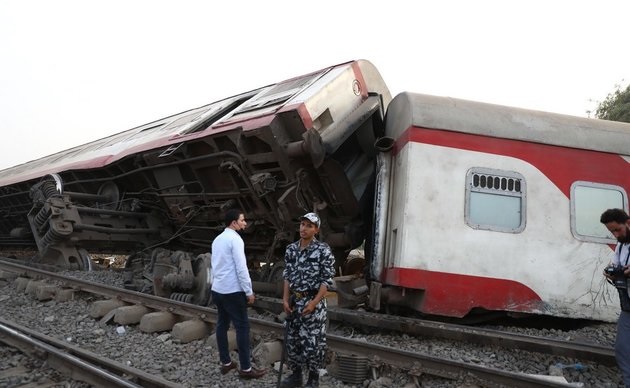 Egypt's prosecution ordered on Tuesday the detention of a driver and three others for four days pending investigations into the deadly derailment accident of a passenger train.

The accident happened on Sunday after four carriages of the train, on its way from Cairo to the Delta city of Mansoura, derailed in the city of Toukh, leaving 11 people dead and 98 others injured.

The detention order included a maintenance worker, a civil engineer, and the driver's assistant, according to the state-run Ahram Online news website.

Initial investigations showed the accident occurred due to the slipping of wheels of a train carriage off the track, the excessive speed of the train, and the high temperature during the day that caused the railway bars to stretch.

Earlier in the day, Egypt's Minister of Transportation Kamel al-Wazir sacked the chairman of the state-run National Railways Authority (NRA).

On March 26, at least 20 people died and nearly 200 were wounded in a two-train crash in southern Egypt.

The deadliest train accident in Egypt took place in 2003, leaving more than 300 dead.