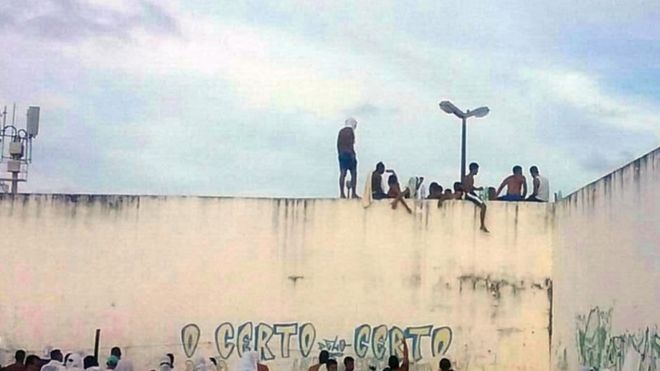 Inmates have seized control of the largest prison in the north-eastern Brazilian city of Natal, APA reports quoting BBC.

Police say at least 10 prisoners have been killed at the Alcacuz jail.

Many others are thought to have been killed in fighting between rival gangs at the prison in Rio Grande Do Norte state.

This is the third major riot in Brazil this year. Nearly 100 inmates died in riots earlier this month in prisons in the states of Amazonas and Roraima.

The violence inside Alcacuz jail began on Saturday afternoon, when members of one of the powerful criminal organisations present in most Brazilian jails attacked rivals in a separate wing.

"We could see the heads ripped off'' three of the killed prisoners, said Zemilton Silva, coordinator of the prison system.