China says US warship 'trespassed' into its territorial waters 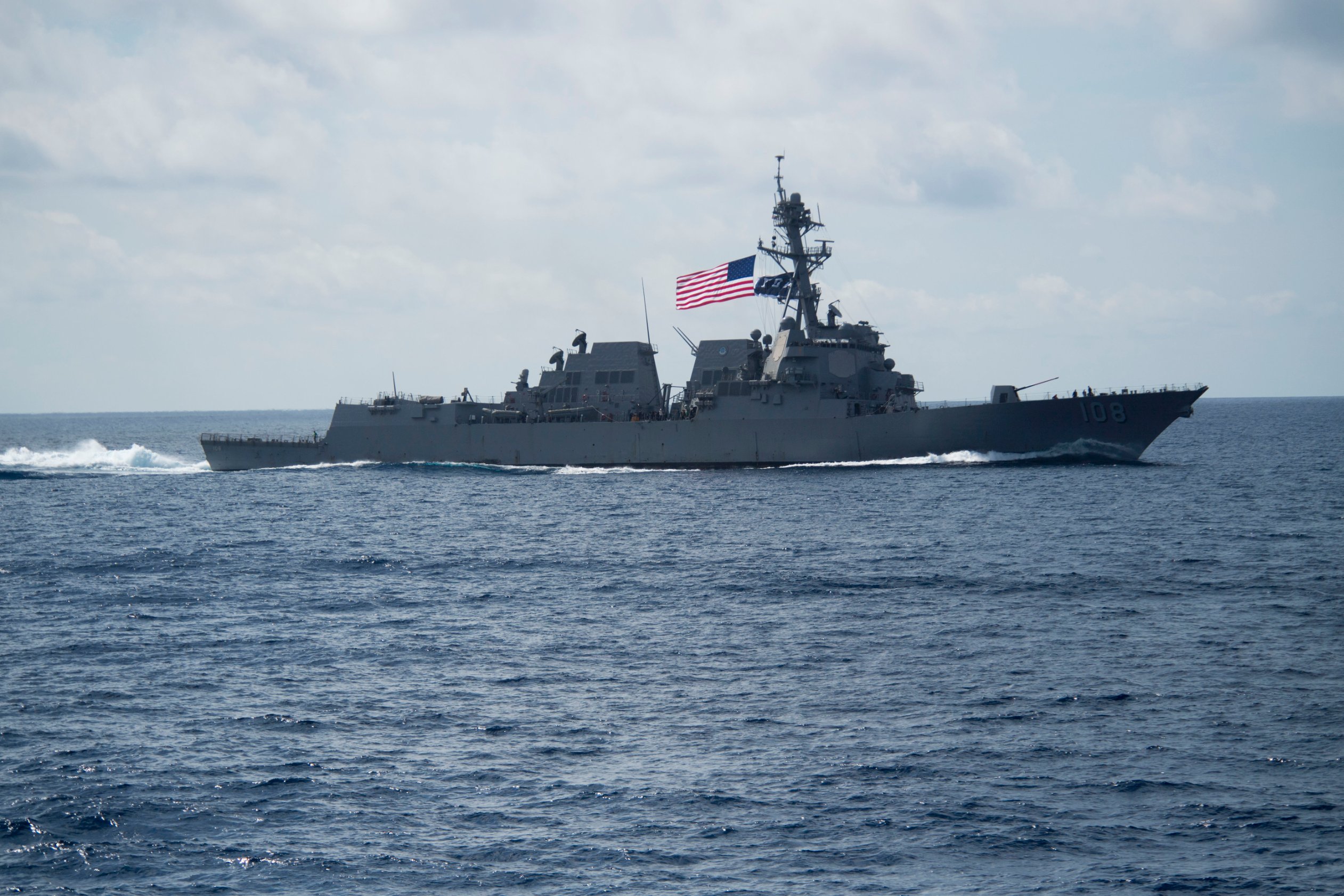 China on Wednesday claimed a US guided-missile destroyer “trespassed” into its waters in the disputed South China Sea, Anadolu Agency reported.

The Defense Ministry said the USS Benfold “trespassed in China's territorial waters near the Nansha Islands in the South China Sea."

In a statement, it said naval and air forces of People's Liberation Army's Southern Theater Command "conducted whole-process tracking and monitoring and warned off the US destroyer."

Tian Junli, a spokesperson of the Chinese army, also said in a separate statement that the move "seriously violated China's sovereignty and security," and is another "ironclad proof of its navigation hegemony and militarization of the South China Sea."

Tian called the US an "out-and-out security risk" in the South China Sea, and "the biggest destroyer” of peace and stability in this region.

The statement said that China has "indisputable sovereignty" over the islands in the South China Sea and its adjacent waters.

"Troops of the PLA Southern Theater Command maintain a high level of vigilance at all times and resolutely safeguard national sovereignty and security, as well as peace and stability in the South China Sea," it said.

The South China Sea is claimed by China and several other regional countries, and the continuing US naval operations in the Taiwan Strait, part of the disputed sea, have angered China.

China’s assertions are based on its “nine-dash line” – purple dashes on official Chinese maps that denote Beijing’s historical claims on the sea.

Beijing has refused to acknowledge the presence of the US in the region, dismissing it as “interference by an outsider.”

Despite China’s warnings that the sea “should not become a battleground for big powers,” a recent study found the US surveyed the South China Sea “on an almost daily basis” in the first half of this year.