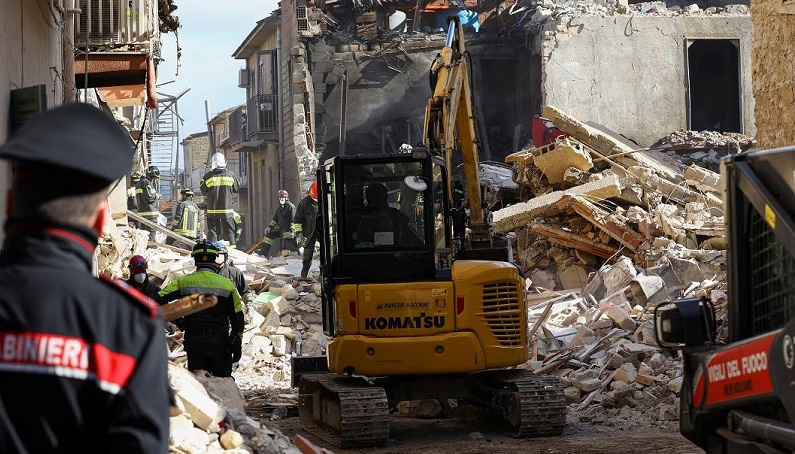 Rescue workers in Sicily have recovered four more bodies from the rubble of buildings that collapsed following a gas leak explosion, bringing the number of confirmed dead to seven, firefighters said.

Firefighters and civil protection agency volunteers used their bare hands to search for two more people believed to be buried inside the pile of collapsed concrete and metal, more than a day-and-a-half after the blast that authorities traced to a gas line, AP reports.

Two elderly women were rescued in the hours after the blast that hit the Sicilian town of Ravanusa on Saturday evening.

Three bodies were recovered on Sunday.

Meanwhile, workers recovered the bodies of a heavily pregnant woman, her husband and his parents, who the young couple had been visiting.

Four buildings collapsed in the explosion that was felt miles away.