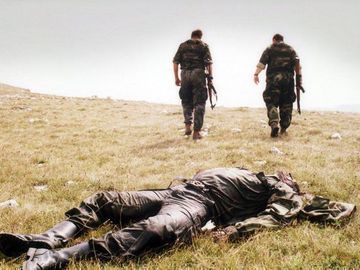 Ministry of Defense of the Republic of Azerbaijan has commented on the death of Armenian soldiers on the frontline yesterday.

In addition, several other Armenian servicement are placed in one of the local hospitals.

Just as usual, Armenian party continues to conceal their losses for the fear of public disconsent.