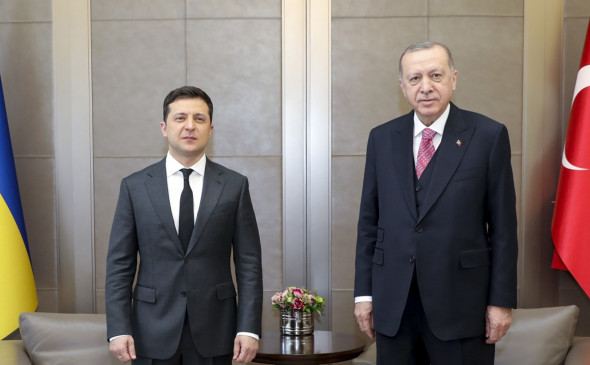 Turkish President Recep Tayyip Erdogan and his Ukrainian counterpart Volodymyr Zelenskyy discussed developments in the Russia-Ukraine war, and the grain corridor initiative over the phone on Friday, a statement by the Presidency's Directorate of Communications said, News.az reports citing Daily Sabah.

Erdogan told Zelenskyy that positive developments in the grain deal and the prisoner swap should be extended to cease-fire negotiations, the statement said.

He also thanked Zelenskyy for his constructive stance on the extension of the Istanbul grain deal.

Meanwhile, in a message he posted on Twitter, Zelenskyy said he thanked Erdogan for supporting the grain deal and assured him that Kyiv will remain a guarantor of food stability.