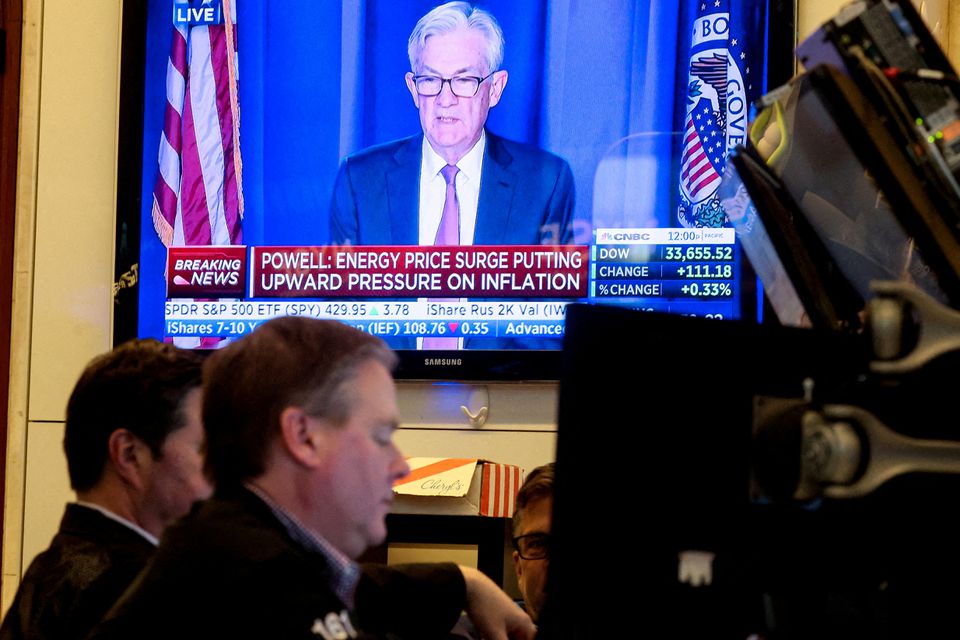 The Federal Reserve on Wednesday raised its benchmark overnight interest rate by half a percentage point, the biggest jump in 22 years, and said it would begin trimming its bond holdings next month as a further step in the battle to lower inflation, News.az reports citing Reuters.

The U.S. central bank set its target federal funds rate to a range between 0.75% and 1% in a unanimous decision, with further rises in borrowing costs of perhaps similar magnitude likely to follow.

Despite a drop in gross domestic product over the first three months of this year, "household spending and business fixed investment remain strong. Job gains have been robust," the rate-setting Federal Open Market Committee said in a statement following the end of a two-day policy meeting in Washington.

Inflation "remains elevated" with the war in Ukraine and new coronavirus lockdowns in China threatening to keep pressure high, it said. "The Committee is highly attentive to inflation risks."

The statement said the Fed's balance sheet, which soared to about $9 trillion as the central bank tried to shelter the economy from the COVID-19 pandemic, would be allowed to decline by $47.5 billion per month in June, July and August and the reduction would increase to as much as $95 billion per month in September.