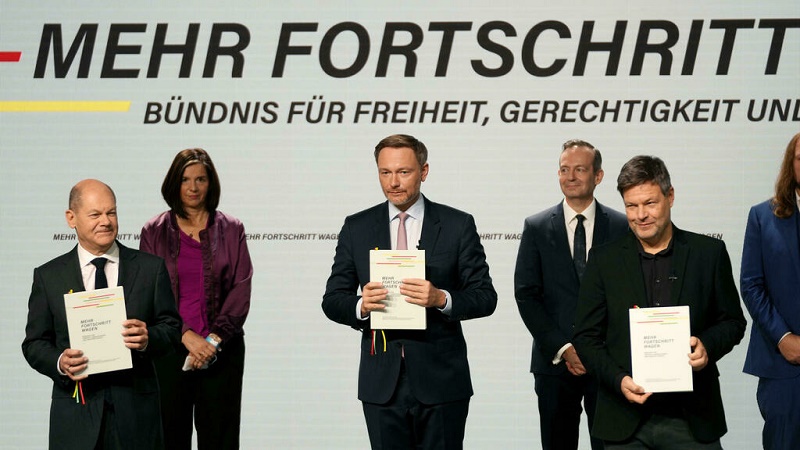 "This should be a morning for a new start," Chancellor-designate Olaf Scholz told a press conference.

"We have a heavy task to accomplish, namely to fight the coronavirus crisis, and that will demand all our strength and energy," he said.

Green Party co-leader and future Minister for Economic Affairs and Climate Protection Robert Habeck said the aim was to create "a government for the people in Germany."

Habeck said that "major structural changes" will be at the center of the government's work, such as the challenge of bringing climate neutrality and prosperity together in Europe's largest and the world's fourth-largest economy.

FDP leader Christian Lindner said that the agreement was based on long and intensive talks among the parties' leaders and with the public. "Now the time for action begins," the future minister of finance stressed.

The Greens also approved the 177-page coalition agreement entitled "Dare more progress" on Monday. All ministers have already been named.

Scholz is to be elected chancellor on Wednesday by the German Bundestag (lower house of Parliament) and his cabinet is to be sworn in. After 16 years, this will mark the end of the era of Angela Merkel, who was honored last week with a grand military tattoo.