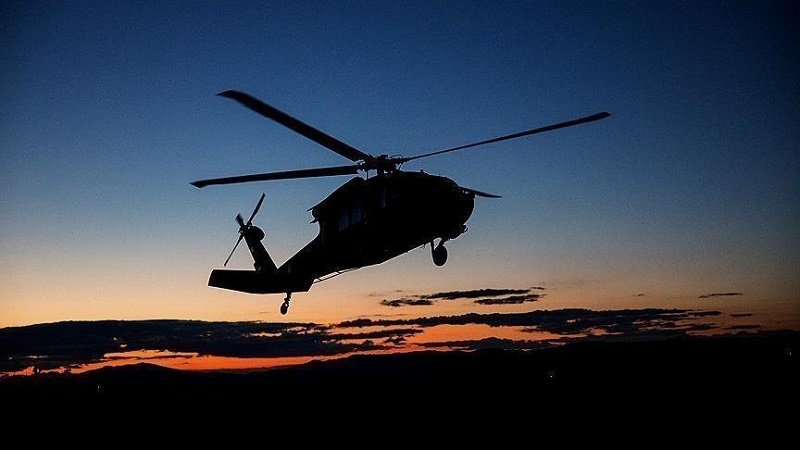 Nine security personnel were killed when a military helicopter was shot down in central Afghanistan, officials said Thursday.

The Defense Ministry in Kabul confirmed the deaths and stated that an investigation has been initiated.

Ali Pur, a self-proclaimed armed leader of the local Shiite-Hazara group, was released by the government last year on the condition that he will not cause unrest in the province. The members of the community have not commented on the incident.

He said police have launched an investigation into the bombing in the northern Kotal Kher Khana neighborhood.

Earlier on March 15, five civilians were killed, including four women -- one of them pregnant -- and a child, in a similar explosion in the city that targeted a bus carrying employees from two government ministries.