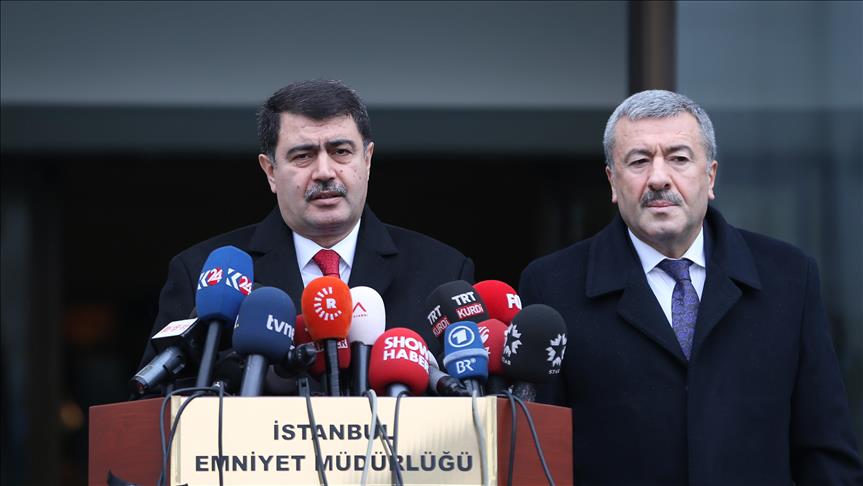 The main suspect in the New Year’s Eve nightclub attack in Istanbul is a “well-trained terrorist” taught in Afghanistan, the provincial governor said Tuesday.

Abdulgadir Masharipov was arrested late Monday in a police raid on an address in the Esenyurt district on the northwestern outskirts of Istanbul, according to Anadolu Agency.

Governor Vasip Sahin described Masharipov as a “1983-born Uzbek citizen” who “was trained in Afghanistan”. He did not say when the suspect was believed to have been in Afghanistan.

Masharipov had confessed the attack and his fingerprints matched those found at the scene, Sahin added.

The attack on the Reina nightclub left 39 dead and 69 injured when a gunman armed with an assault rifle stormed the venue beside the Bosphorus just over an hour into the New Year.

In the days after the attack, images of a man identified as the suspect emerged showing him filming himself in Istanbul before the attack.

“It is clear that this attack was carried out in the name of Daesh,” Sahin said at a news briefing outside Istanbul security headquarters.

He said Masharipov is thought to have entered Turkey in January last year. “His code name is Abu Mohammed Horasani Abdulkavi,” Sahin told reporters. “He was trained in Afghanistan, knows four languages -- a well-trained terrorist.”

The governor said Masharipov rented accommodation in the Basaksehir district after arriving in Istanbul and moved once or twice in the days leading up to the attack.

Talking about Monday’s raid, Sahin added: “The police investigated five different addresses on Monday and in the afternoon they intensified the operation and caught him at one of those addresses.”

The investigation into the attack has involved 2,000 police officers, he added, and 2,700 hours of camera footage have been examined. More than 150 locations have been searched and 50 people arrested in connection with the attack.