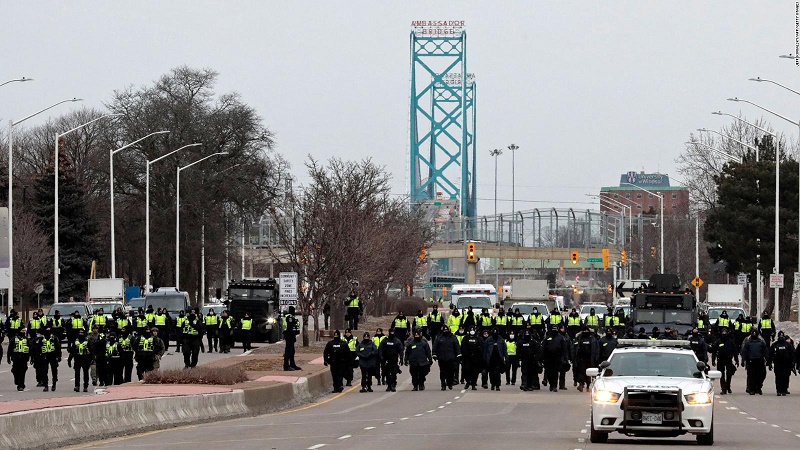 The busiest U.S.-Canada border crossing reopened late Sunday after protests against COVID-19 restrictions had closed it for almost a week, while Canadian officials held back from a crackdown on a larger protest in the capital, Ottawa.

Detroit International Bridge Co. said in a statement that "the Ambassador Bridge is now fully open allowing the free flow of commerce between the Canada and U.S. economies once again.” Esther Jentzen, the spokesperson for the company, said in a later text to The Associated Press (AP) that the bridge reopened to traffic at 11 p.m. EST.

The crossing normally carries 25% of all trade between the two countries, and the blockade on the Canadian side had disrupted business in both countries, with automakers forced to shut down several assembly plants.

Police in Windsor, Ontario, said earlier in the day that more than two dozen people had been peacefully arrested, seven vehicles towed and five seized as officers cleared the last demonstrators from near the bridge, which links the city – and numerous Canadian automotive plants – with Detroit.