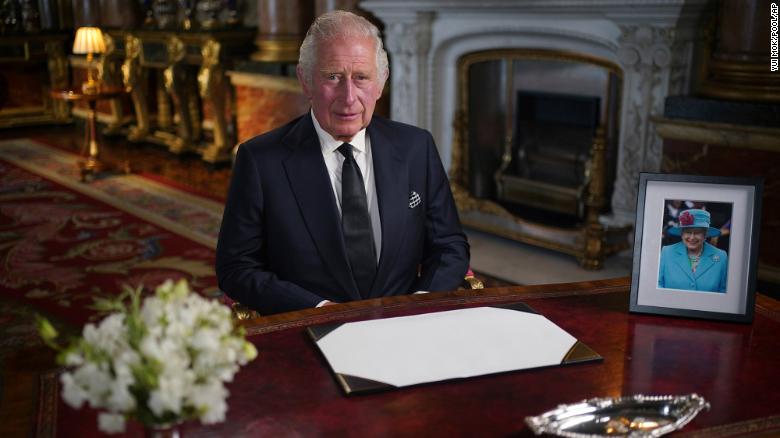 The King has given numerous public speeches during his time as the heir apparent, but the address on Friday was perhaps the most important of his life so far -- and he began with a tribute to his mother.

Wearing a black suit and a black tie, Charles said Queen Elizabeth "made sacrifices for duty, dedication and devotion."

"In her life of service, we saw that abiding love of tradition together with that fearless embrace of progress which makes us great as nations," the King said.