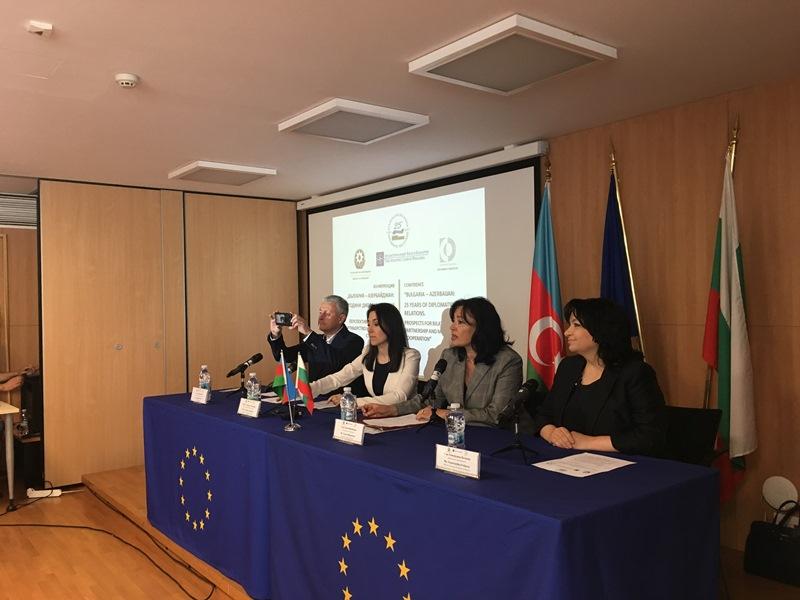 Azerbaijan is a reliable partner of Europe in providing energy supplies and their diversification, said Bulgaria’s Energy Minister Temenuzhka Petkova.

She made the remarks at a conference dedicated to the 25th anniversary of establishment of diplomatic relations between the two countries on May 15, the Bulgarian media outlets reported.

Over the past 25 years, relations between Bulgaria and Azerbaijan have reached a level of strategic partnership, noted the minister, according to Trend.

“We will continue to strengthen economic cooperation, focusing on the energy sector,” she added.

According to her, Bulgaria attaches great importance to ensuring the security of energy supplies and their diversification in the region, and in this regard, Azerbaijan is a reliable partner, which can be counted on.

Bulgaria, said Petkova, is participating in the construction of two interconnectors, Greece-Bulgaria (IGB) and Turkey-Bulgaria.

According to the minister, during this period, Bulgaria made serious progress, which it couldn’t achieve without the partners from Azerbaijan.

Petkova also noted that the IGB’s construction will start in the 1Q18.

IGB is a gas pipeline, which will allow Bulgaria to receive Azerbaijani gas, in particular, the gas produced from Azerbaijan's Shah Deniz 2 gas and condensate field. IGB is expected to be connected to the Trans Adriatic Pipeline (TAP) via which gas from the Shah Deniz field will be delivered to the European markets.

The initial capacity of IGB will be 3 billion cubic meters of gas.