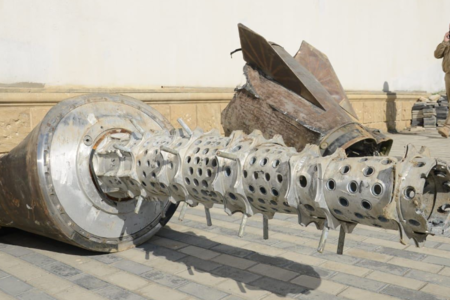 The missile at Azerbaijan’s Shusha city was fired from the Iskander-M tactical ballistic missile system, Idris Ismayilov, head of the operational headquarters of the Mine Action Agency of Azerbaijan, told reporters on Friday.

“The 9M723 index was found on the missile wreck found in Shusha,” Ismayilov said.

“Thus, it became known that this missile was fired from the Iskander tactical ballistic missile system. Its fragments were found at a distance of 780 meters from each other. Proceeding from the recent analysis, we came to the conclusion that the missile was fired from the Iskander-M tactical ballistic missile system. The territory is being explored," he added.