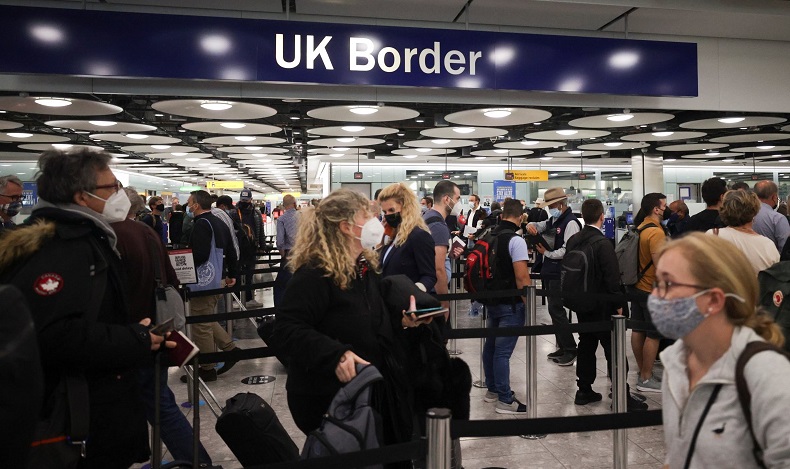 Over 6 million EU citizens are eager to stay in the U.K. after the country left the bloc, the government said Friday, almost twice the number thought be living in Britain before the Brexit process was completed.

There was a late flurry of applications ahead of a June 30 deadline for the settlement scheme, designed to allow EU citizens residing in the U.K. to retain the same rights as they enjoyed before Brexit. But since the end of the Brexit transition period on Jan. 1, EU citizens wishing to settle or stay have faced tougher tests to secure residency and employment.

The final figure of 6.02 million applications, with 5.1 million grants of status, is far higher than the 3.7 million EU nationals originally estimated to be in the country when the scheme launched in March 2019.

More than 400,000 applications were made in the final month before the scheme ended, the Home Office said, adding that those who had missed the deadline on "reasonable grounds" could still make a late application.

"When we left the EU we promised to protect the rights of EU citizens who have made their life in the U.K. and developed the hugely successful EU Settlement Scheme to ensure they could call the U.K. home in the years to come," Home Secretary Priti Patel said.

The government has touted the settlement scheme as the successful delivery of promises made to EU nationals in the U.K. after Britain's withdrawal from the bloc in December and the end of free movement.

However, immigration rights campaigners have complained that the most vulnerable – including children placed in care, young adults previously in care, the homeless and the elderly – have been allowed to slip through the scheme's net.

Minister for Future Borders and Immigration Kevin Foster said the government had built "safeguards" into the scheme "to protect those who have not yet applied, but who may still be eligible" and "everybody will be able to get the status they deserve."

The Home Office said the approximately 570,000 applicants still awaiting approval will have their status protected while a decision is made.