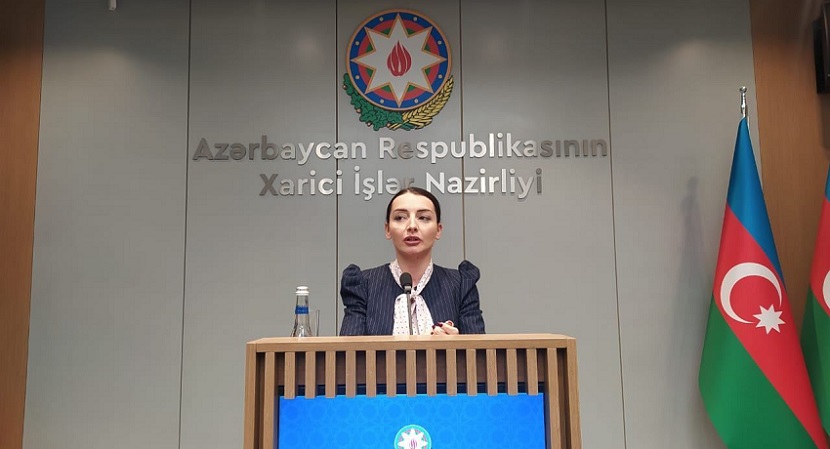 Speaking at a briefing, Spokesperson Leyla Abdullayeva said Azerbaijan has contacted the neighboring countries of Ukraine since the very first hours of the tensions on the latter’s territory, a correspondent of News.Az reports.

“The evacuation of Azerbaijanis from the territory of Ukraine where military operations are ongoing is a key issue,” the spokesperson said, adding that more than 800 Azerbaijanis left Kharkiv for Moldova by train on Tuesday.

Under the instructions of President Ilham Aliyev, Azerbaijan Airlines (AZAL), from Wednesday on, will perform daily flights to evacuate Azerbaijanis stranded in Ukraine due to the ongoing conflict.

Boarding on the evacuation flights is free for the citizens of Azerbaijan.