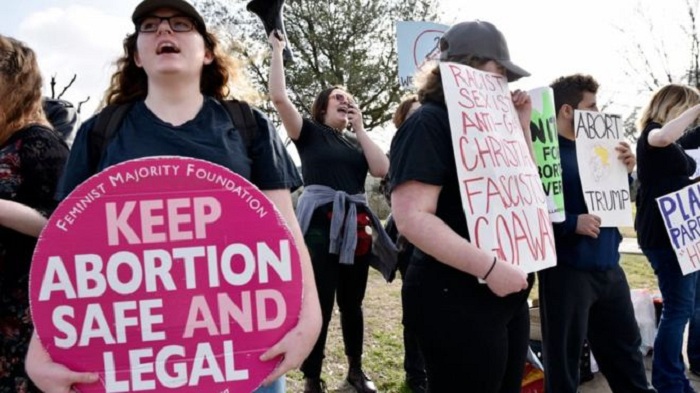 A proposal which would force women to get permission from their sexual partner to allow them to have an abortion has passed the first hurdle in Oklahoma.

The bill would mean women needed written consent from a man for a doctor to carry out a termination, Azvision reports.

The bill`s author, state legislator Justin Humphrey, who has described pregnant women as "hosts", said it would give the father a "say-so".

The fact Oklahoma lawmakers decided to move the measure toward a full vote by the legislature comes at a time the anti-abortion movement is growing bolder under President Donald Trump.

Mr Trump at one point suggested women should be punished for having abortions, and promised to elect an anti-abortion judge to the Supreme Court. The position of his nominee, Neil Gorsuch, on abortion is unclear.

The Associated Press says at least 11 anti-abortion bills have been introduced in Oklahoma this session, including one that classifies the procedure as first-degree murder, but it is unlikely many of those will reach the governor`s desk.

This particular bill would allow men to demand a paternity test before the procedure could be carried out, but does make exceptions for women who have been raped or are the victims of incest.