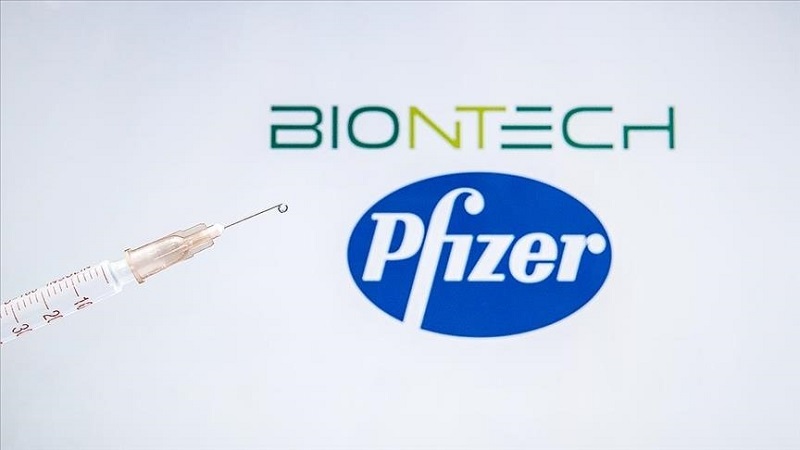 The US drugmaker Pfizer and its German partner BioNTech announced Thursday that their coronavirus vaccine is effective up to six months after the second dose.

The pivotal Phase 3 study showed the jab was "91.3% effective against COVID-19, measured seven days through up to six months after the second dose," the companies said in a joint statement.

While the US Centers for Disease Control and Prevention found the vaccine 100% effective against severe disease, the Food and Drug Administration (FDA) said it is 95.3% effective.

Safety data collected from more than 12,000 vaccinated participants, who had a follow-up time of at least six months after the second dose, demonstrated "a favorable safety and tolerability profile," according to the statement.

"These data confirm the favorable efficacy and safety profile of our vaccine and position us to submit a Biologics License Application to the U.S. FDA," said Albert Bourla, Pfizer's chairman and CEO.

"The high vaccine efficacy observed through up to six months following a second dose and against the variant prevalent in South Africa provides further confidence in our vaccine's overall effectiveness," Bourla continued.

The trial was conducted with 46,307 participants.

Meanwhile, human error contaminated up to 15 million doses of the Johnson & Johnson vaccine being manufactured at a plant in Baltimore, Maryland, according to media reports.

The mix-up caused a delay in future shipments of doses in the US as an FDA investigation continues, The New York Times reported Wednesday.