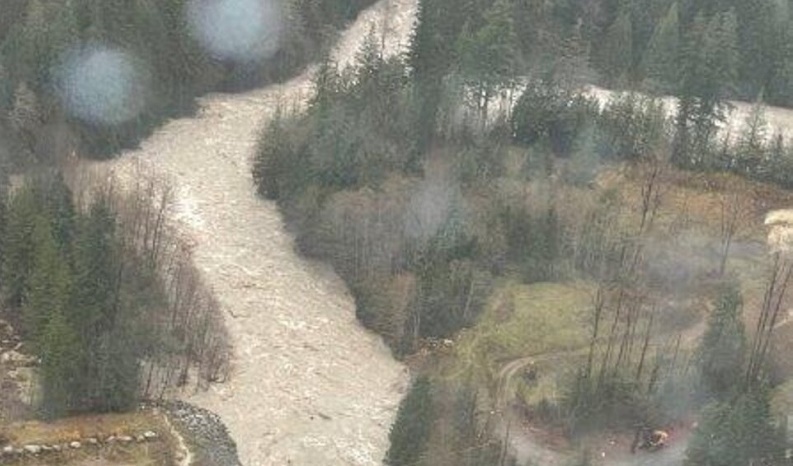 Search teams using dogs started looking for people whose cars may have been buried in landslides across the Canadian province of British Columbia on Tuesday, as the country's two biggest railways reported serious damage to their networks, Reuters reports.

The storms, which started on Sunday, wrecked roads in the Pacific province, forced an oil pipeline to close and limited land access to Vancouver, the largest city.

Canadian Pacific Rail (CP.TO) said it was shutting down its Vancouver main line because of the flooding, while Canadian National Railway (CNR.TO) said it experienced mudslides and washouts in southern British Columbia.

Helicopters carried out multiple missions on Monday to rescue hundreds of people trapped in their vehicles when mudslides cut off a highway near the mountain town of Agassiz, about 120km (75 miles) east of Vancouver.

The storms forced the closure of the Trans Mountain pipeline, which takes crude oil from Alberta to the Pacific Coast. The line has a capacity of 300,000 barrels per day.