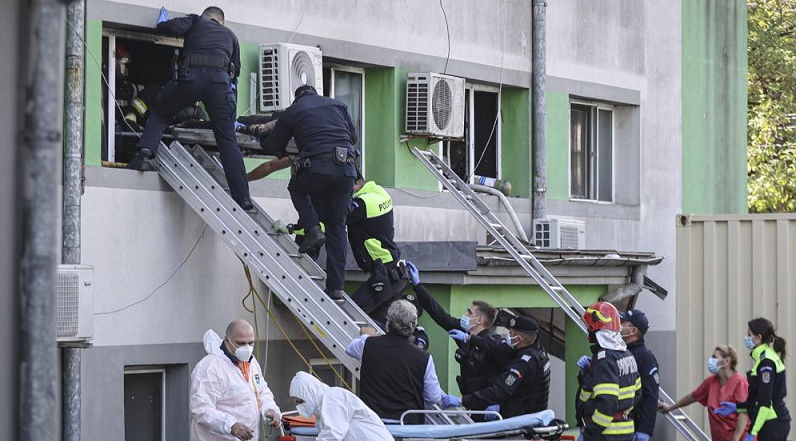 Hospital fire in the Romanian port city of Constanta killed at least seven COVID-19 patients Friday, prompting concerns over the state of the country’s aging health care infrastructure amid the pandemic. It was Romania’s third deadly hospital fire in less than a year.

All the victims were in the intensive care unit of Constanta’s Hospital for Infectious Diseases, said Constantin Amarandei, head of the city’s emergency inspectorate, AP reports.

The health ministry said 113 patients were in the medical unit of the hospital and all the survivors have now been evacuated. The fire was extinguished by mid-morning.

The head of Romania’s Department for Emergency Situations, Raed Arafat, said “irregularities” had been discovered in the hospital’s electrical installations system and that the case prosecutor is investigating.

Prime Minister Florin Citu sent his condolences to the bereaved families and said it’s “unacceptable that such tragedies happen in Romanian hospitals.”

“It is important for the Ministry of Health to see what the short-term solutions are so that such tragedies do not happen again,” he told a press conference. He said he has demanded the dismissal of the hospital manager.

“We’re trying to change something after 30 years in which almost nothing was done in Romania’s health care system,” Citu added.

President Klaus Iohannis said Romania “has failed in its fundamental mission to protect its citizens.”