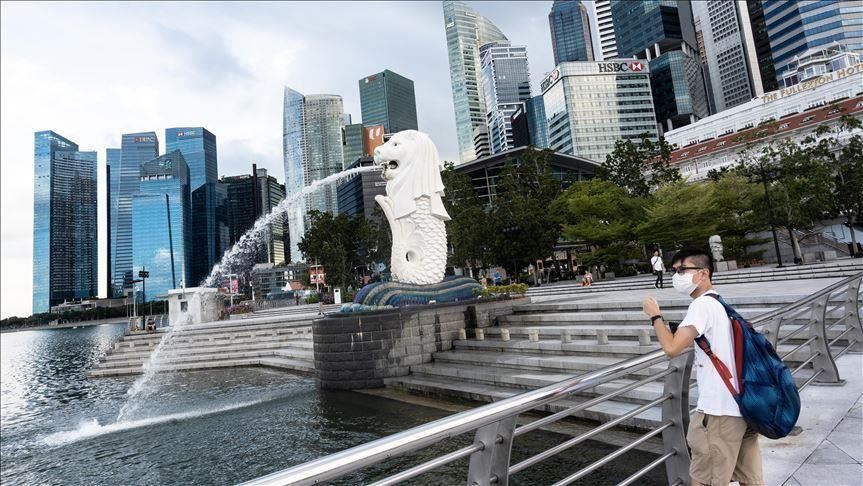 Singapore announced a ban on dine-ins and cut group sizes to two people on Friday as it further toughened virus curbs to stem a rise in local transmissions, AFP reports.

After a partial lockdown and a rigorous regime of testing and contact tracing, Covid-19 had almost disappeared in the city-state, with authorities reporting hardly any local transmission in recent months.

But over the last few weeks cases have risen, with officials announcing several new clusters -- including one at the airport comprised of 46 cases, mostly among people working there.

Starting on Sunday, group sizes in public or when visiting homes will be restricted to two people, down from the currently allowed five.

Dining in at restaurants will be banned, and all employees who can work from home must do so, officials said in a news conference.

The measures, which will be in place until June 13, resemble those imposed during a partial lockdown last year during which the economy suffered its worst ever recession.

The rise in local transmissions will likely scupper a quarantine-free travel bubble between Singapore and Hong Kong, due to begin on May 26 after an earlier failed attempt.

Given the rise in cases, it is "very likely that Singapore will not be able to meet the resumption criteria," transport minister Ong Ye Kung said, adding a decision will be made next week.

Singapore had already reduced group sizes and closed gyms last week in an attempt to stop the surge in infections.

On Thursday, authorities banned non-passengers from entering the airport terminal and closed an adjacent mall as around 9,000 workers undergo testing.

But by global standards, its outbreak has been mild -- officials in the city of 5.7 million have reported about 61,000 cases so far and 31 deaths.