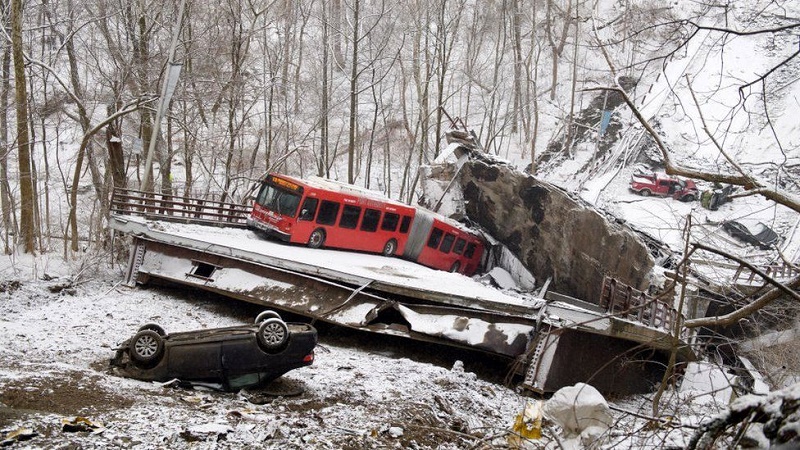 The injuries are all minor and not life-threatening, while three people were transported to the hospital, Pittsburgh's fire chief Darryl Jones told reporters.

Four vehicles were on the bridge when it fell and the cause of the collapse is under investigation, Jones added.

Ed Gainey, mayor of Pittsburgh, revealed that the bridge over Hot Dog Dam Dog Park was last inspected in September.

U.S. President Joe Biden is scheduled to visit Pittsburgh later in the day to discuss infrastructure.

The White House said in a statement that Biden is aware of the incident and plans to proceed with his trip.

"The President is grateful to the first responders who rushed to assist the drivers who were on the bridge at the time," the statement read.

The agency also reported a "gas line has been cut" after saying "there is a strong smell of natural gas in the area."

Residents and motorists have been urged to avoid the area.