Tillerson to meet Lavrov in Manila at the weekend 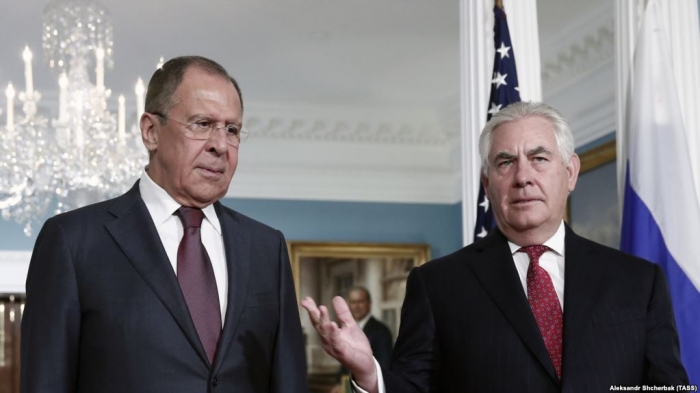 U.S. Secretary of State Rex Tillerson says he plans to meet with Russian Foreign Secretary Sergei Lavrov in Manila during the weekend of August 5-6.

Tillerson made the announcement on August 1, saying that Washington’s relationship with Russia "continues to be under considerable stress."

But he said Washington is working with Russia and others to try to create conditions for Syria peace talks to move forward, AzVision reports.

He said Washington still has the view that Syrian President Bashar al-Assad has no future in governing Syria, and that Iranian fighters who are helping Assad's forces fight rebels in Syria should return home.

Despite Russia’s moves to dramatically reduce the number of staff at U.S. diplomatic compounds in Russia in response to a possible fresh wave of U.S. sanctions against Moscow, Tillerson said Russia and the United States still share an interest in fighting terrorism.

The U.S. State Department says Tillerson will travel to the Philippines on August 5 as part of a five-day tour of Southeast Asia that also will take him to Thailand and Malaysia.

In Manila, Tillerson is to meet with diplomats of the Association of Southeast Asian Nations where the State Department says he will discuss the "denuclearization of the Korean Peninsula, maritime security, and counterterrorism."

But he said Washington wants China to use its economic influence on Pyongyang.

Tillerson also said on August 1 that Washington is not seeking regime change in North Korea.

But he said he would like to have a dialogue with North Korean leaders at some point.