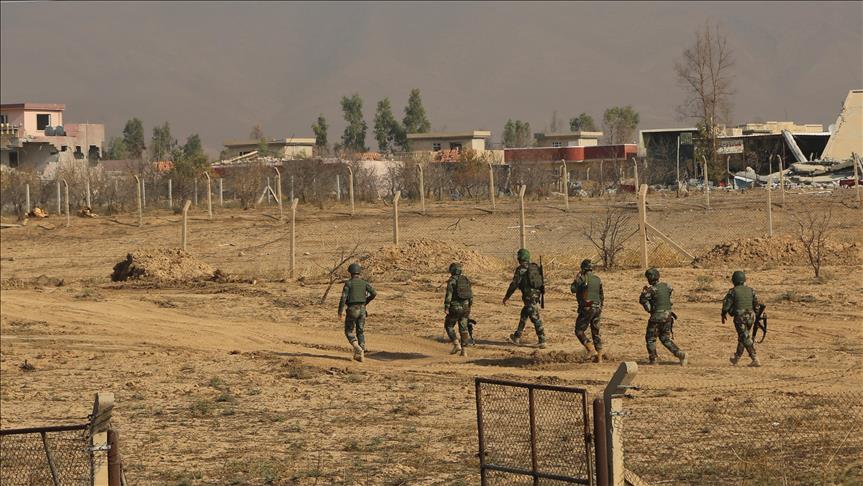 Sunni Arab tribal fighters trained by Turkey at a camp in northern Iraq have proven their battlefield mettle, the U.S. said Wednesday.

Speaking to reporters from Baghdad, Army Col. Brett Sylvia, commander of the coalition's advise and assist mission in Iraq, said the Turkish-trained forces have "proven that they were able to hold that ground behind the Iraqi army.

"After the 16th Iraqi Army Division has pushed through certain areas, has cleared those areas of ISIL, they were able to move some of these tribal fighters and to hold that ground to prevent any, you know, infiltration of ISIL behind them," he said, referring to the Islamic State of Iraq and the Levant, or Daesh.

Turkey is currently training the forces at a camp in Bashiqa, located approximately 30 kilometers (19 miles) northeast of Mosul.

Turkey-trained forces are now part of "tribal hold forces", a variation of the popular mobilization forces trained to secure their local area, the U.S. said previously.

In recent months, the Turkish presence near Mosul has led to tension between Baghdad and Ankara amid calls by some Iraqi lawmakers for the Turkish troops to withdraw.

Ankara, for its part, has repeatedly stressed its respect for Iraq’s territorial integrity.

Speaking from Iraq on Saturday, Turkish Prime Minister Binali Yildirim said his country’s military presence at Camp Bashiqa was being maintained "out of necessity".