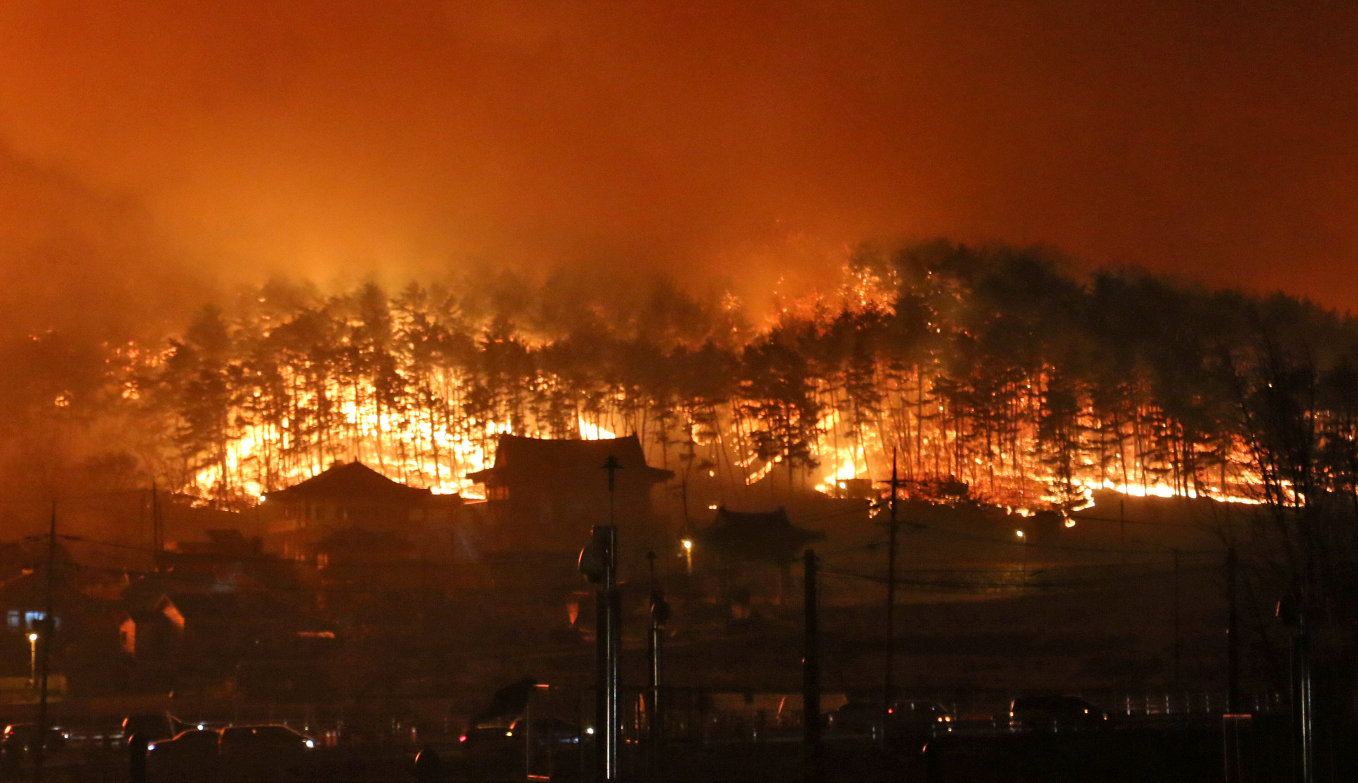 A forest fire broke out Wednesday in the Gulnar District of the southern Turkish province of Mersin, prompting local authorities to evacuate 410 people from 110 homes, News.az reports.

Mersin Governor Ali Hamza Pehlivan told reporters that no injuries or major house damage had been reported, adding that "only an abandoned building in the forest area was burned."

Firefighters continued tackling the blaze after aircraft and ground crews were dispatched to the region, he said.

The reason for the fire was still not clear, but the state-run Anadolu news agency reported that strong wind spread the fire to settlement areas.

The fire area is also close to the construction site of the Akkuyu nuclear power plant in Mersin Province.

Firefighters have been struggling to prevent the blaze from reaching the busy Mediterranean highway connecting Mersin and Antalya.