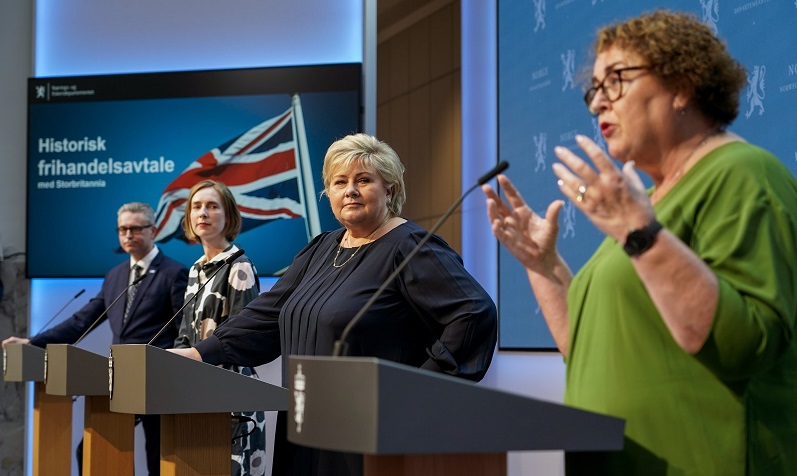 The United Kingdom secured a new trade deal with Norway, Iceland and Liechtenstein, and now the tariffs of up to 277% on cheese exported from Britain are set to be cut.

The U.K.'s International Trade Secretary Liz Truss announced the deal was agreed in principle Friday and said it was the first to include dedicated chapters on digital trade and small businesses.

Exports to the three countries can be done using digital documents, contracts and signatures, the Department for International Trade said.

There are also tariff reductions and quotas on pork, poultry and other goods, and U.K. wines and spirits including Scotch whisky will also now be recognized in Norway and Iceland.

While import tariffs on shrimps, prawns and haddock will be reduced, pushing down costs for U.K. fish processing and helping support some 18,000 jobs in that industry in Scotland, East Yorkshire and Northern Lincolnshire.

International Trade Minister Ranil Jayawardena added, "This deal shows that the U.K. will continue to be a trade partner of choice, as we set the global trade agenda in areas like e-commerce and climate change.''