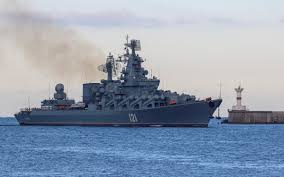 “Two Russian Raptor patrol boats were destroyed in the early hours of this morning near Snake [Zmiinyi] Island. #Bayraktar works! Together to Victory!” the MOD tweeted.

Video of the drone targeting one of the Raptor patrol boats near the island in the Black Sea was included in the MOD post.

The Byraktar B-2 is a Turkish-designed armed drone that has been used to considerable effect by the Ukrainian Armed Forces against Russian targets.

Moscow is yet to confirm or react to the claim.