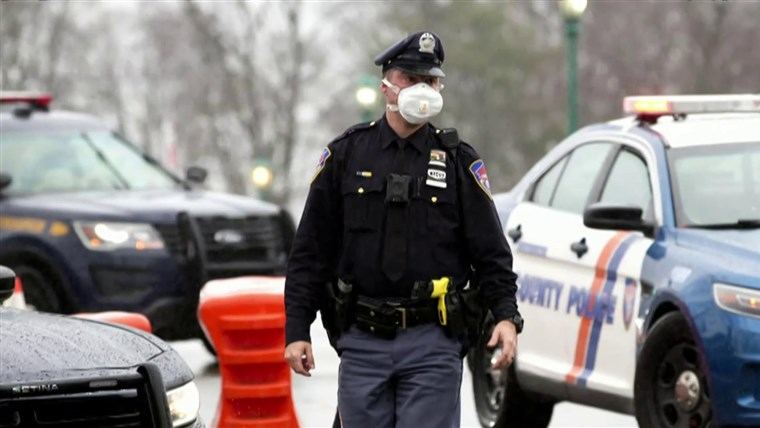 US authorities have charged 55 people in connection with the protests that erupted in Washington on Wednesday, interim United States Attorney for the District of Columbia Michael Sherwin said, TASS reports.

According to the Bloomberg news agency, those charges involve mostly cases of unlawful entry and assault, however, among the suspects there is also a man who was arrested a day earlier near the US Capitol building with a semi-automatic rifle and 11 Molotov cocktails.

The prosecutor stressed that other charges should be expected in the future. "That’s a good start, but in no regard is this the end," he said.

The Associated Press agency reports that, according to the interim US attorney for the District of Columbia, prosecutors are only planning to file 15 federal cases. Another 40 cases have been filed in Washington at the local level. According to the Associated Press, the prosecutor stressed that "all of those charges are on the table. We will bring the most maximum charges we can." According to Reuters, he does not exclude charges of seditious conspiracy, rioting and insurrection for those arrested.

On January 6, Trump supporters stormed into the US Congress building to prevent the approval of the results of the last November 3 presidential elections in the country, which was won by the Democratic candidate Joe Biden. Police and special forces soon freed the Capitol building from the protesters, and lawmakers were able to continue and successfully complete the process of confirming Biden as the elected Head of State. According to the latest figures, four people were killed in the protests, almost 70 people were detained.