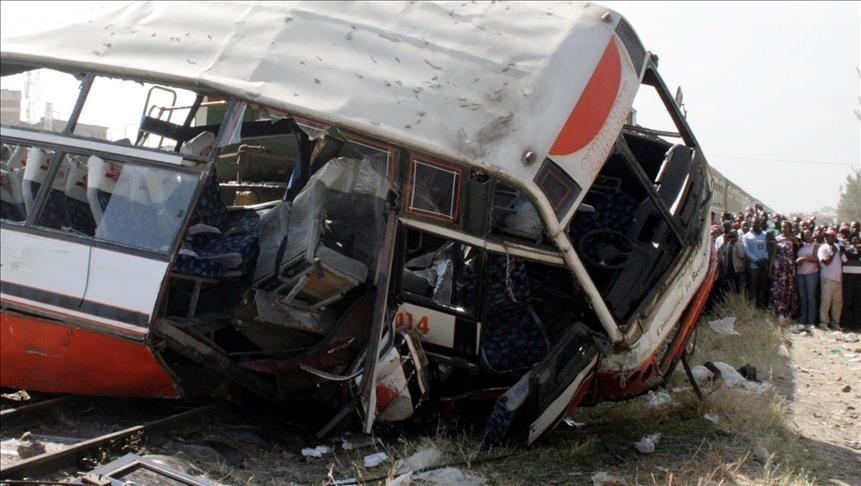 At least 15 people died in a terrible accident in central Uganda on Thursday morning.

A trailer truck, a taxi, and a bus met an accident on Kampala-Kigali highway which connects Rwanda, Uganda, and Kenya.

According to the spokesperson of the Ugandan Red Cross, Irene Kasita, the accident took place in the morning at a place called Kasagiirwa, five kilometers from central Buganda city of Masaka province.

Quoting eyewitnesses, she said the driver of the trailer lost control as he overtook a bus and changed direction abruptly, knocking the taxi coming from the opposite side.

“The trailer rolled over in the valley killing 14 people on the spot. Another person died on the way to the hospital, bringing the total number of the dead to 15,” she said.

Godfrey Mwesige, the area police chief, said that the accident was due to human error.

“The cause of the accident is on human error. The driver of the trailer was overtaking a bus while the taxi was coming from in front. The trailer knocked the taxi killing all the passengers in it,” he said.

He further said that it was raining heavily in the area when the accident took place.