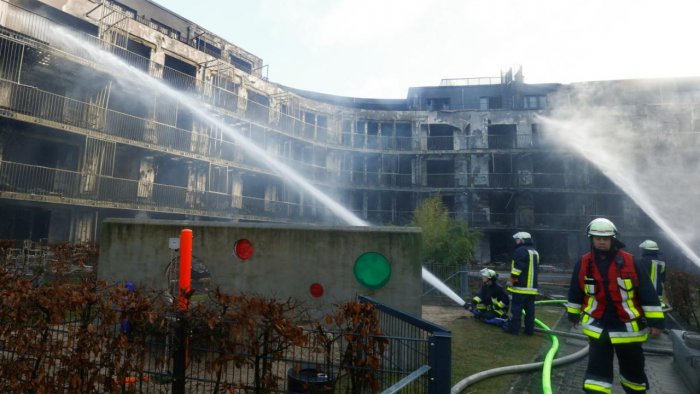 The situation had already "developed dramatically" by the time the first firefighters arrived, the city's fire department said in a statement. Post-extinguishing work was still underway, while police were investigating the causes of the fire.

According to the fire department, gale-force winds might have caused the fire to "spread furiously across the wind-blown facade and balconies." The heat caused shutters to melt and windows to burst even in other buildings up to 15 meters away.

A firefighter told public broadcaster WDR he was used to extinguish fires in individual apartments, "but when you're standing here and there's a block of 50 apartments on fire, that's a scale you can't imagine."