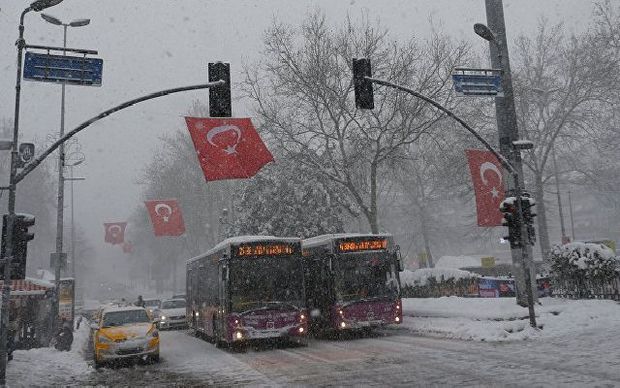 The Turkish Airlines put off 380 international and domestic flights from Ataturk Airport and Sabiha Gökçen Airport because of heavy snow, the company said.

Meanwhile, Istanbul’s Bosphorus was closed to all naval traffic early on Jan. 9 due to fog caused by heavy snowfall, the Directorate General of Coastal Safety stated.

The passage from the Black Sea to the Marmara Sea through the Bosphorus and vice versa has been cut, the statement said.

Along with flights, inter-city and cityline ferry services in Istanbul on some lines were also suspended, the Hurriyet Daily reports.