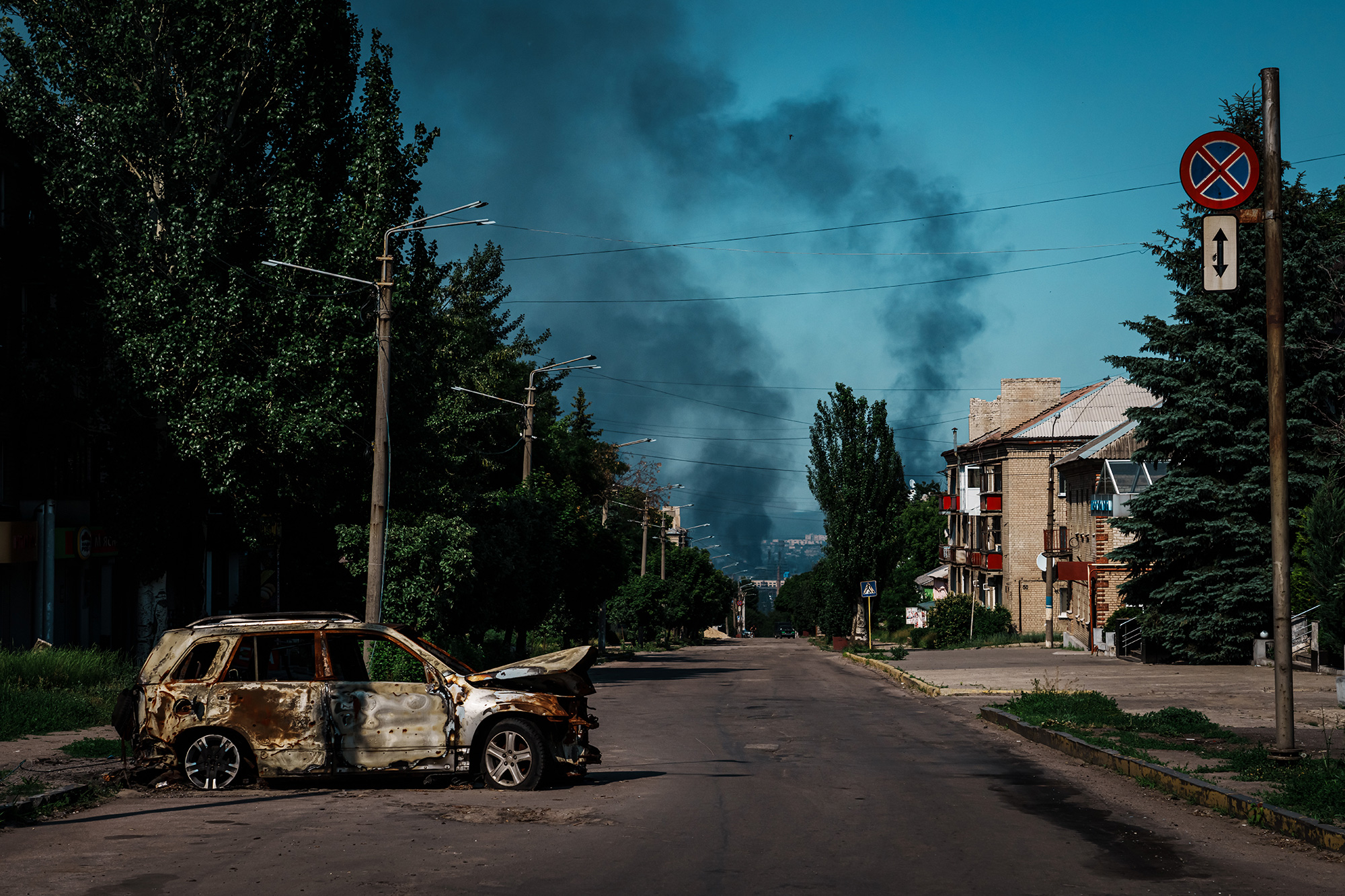 All three bridges connecting the embattled city of Severodonetsk with its twin city Lysychansk to the west, are now impassable for vehicles, severely limiting evacuation options for those trying to flee the city and supply routes in, according to Serhiy Hayday, head of the Luhansk region military administration, News.az reports citing UNIAN.

“The bridges made it possible to carry at least some humanitarian cargo, something related to reserves. It is currently impossible to use the bridges,” Hayday said.

A second of three bridges were destroyed over the weekend. Hayday’s office explained that the third bridge, which has come under sustained shelling, is now impassable for vehicles.

The destruction of the bridges gives the Russian military another advantage since supply lines are interrupted, Hayday said. Getting in weapons and reserves is now “difficult, but not impossible,” he said.

Hayday said that travel between Severodonetsk and Lysychansk was still possible, but did not go into detail for security reasons.

“Lysychansk is already being shelled very powerfully, with a heavy caliber [weapons], they are destroying everything: both humanitarian headquarters and hospitals. But from Lysychansk there is still an opportunity to evacuate people and pick up humanitarian goods every day," he said.

Hayday also said of Severodonetsk that Russian forces “really control most of the city," estimating about 70% to 80%.

But he denied claims by the self-declared Luhansk People Republic (LPR) that Severodonetsk has fallen, saying “this is not true.”

“Part of the city is still controlled by Ukrainian defenders. If they had complete control of the city, Russian soldiers would not have died there,” Hayday said.

Hayday also said that even if Ukrainian forces won back the city, it would be impossible to “restore the infrastructure completely before the winter. The only possible thing is to put radiators that will keep the temperature warm in the tents. And yes, everything is broken. With water, with electricity — there will be huge problems with everything."