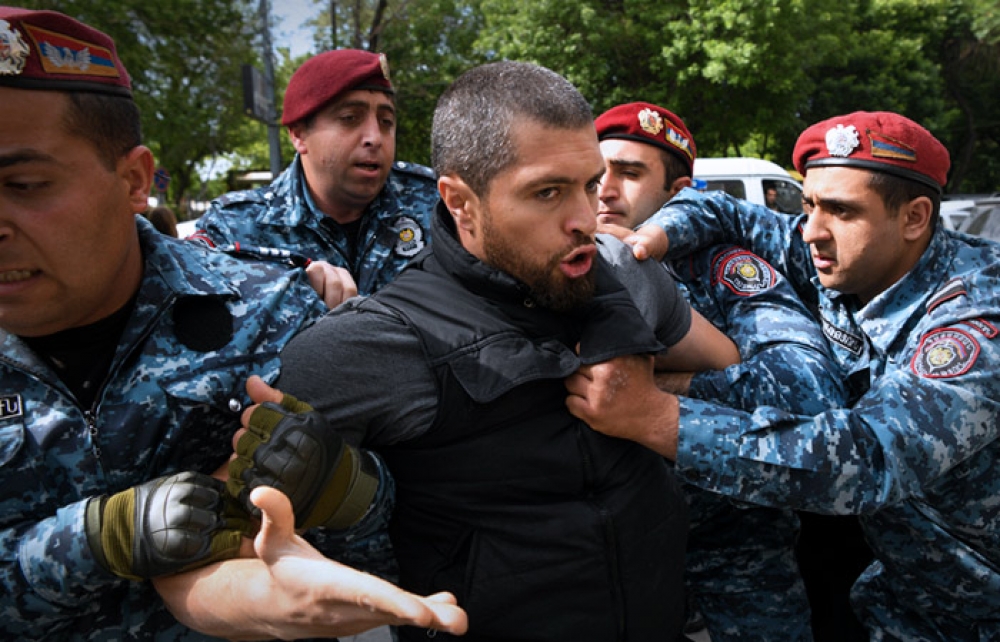 The activists hold the doors of the train at Molodezhnaya station and chant anti-government slogans.