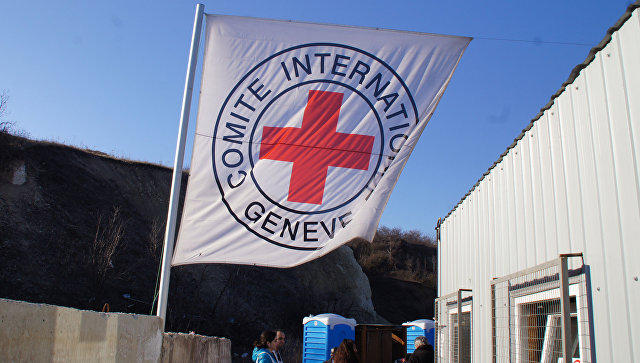 Azerbaijan took part in the first high-level meeting of the Global Alliance for the Missing in Geneva, organized by the International Committee of the Red Cross (ICRC) and Switzerland, the Azerbaijani Foreign Ministry told News.Az.

The Global Alliance for the Missing was launched on 11 May 2021 on the margins of the 150th anniversary of the Central Tracing Agency by ICRC President Peter Maurer and Swiss Secretary of State Livia Leu.

The ministry noted that Azerbaijan joined the alliance in January 2022 on the basis of an appeal from ICRC President Peter Maurer, as well as cooperation with the Committee, and providing technical support in gathering information on persons who went missing since the 1990s.

The first meeting of the Global Alliance for the Missing was held on April 7, 2022. It was attended by representatives of ten Member States (Azerbaijan, Argentina, Estonia, Kuwait, Mexico, Nigeria, Norway, Peru, the Republic of Korea, and Switzerland), said the statement.

The meeting was opened by Vice-President of the ICRC Gilles Carbonnier, who emphasized that the number of missing persons in the world has increased by 75 percent over the past five years, reaching 173,800 people.

According to him, the Global Alliance for the Missing was established to raise awareness of the question of missing persons, and promote the implementation of global commitments relating to this issue.

The event was attended by representatives of Azerbaijan’s Ministry of Foreign Affairs, and the diplomatic mission in Geneva. Participants were given details of the work carried out at the national level, including clarifying the fate of the missing, identifying human remains in the mass grave of Bashlibel village, as well as the discovery of mass graves in the villages of Dashalti, Edilli, Sirkhavand, and Farrukh.

Representatives of Azerbaijan stated that mines impeded the identification of human remains in the liberated lands, as well as talked about the efforts of the country to grab the attention of the international community, and also outlined the Resolution "On Missing Persons" adopted by the UN General Assembly in this regard.

They expressed the hope that the Global Alliance for the Missing will draw global attention to the importance of clarifying the fate of the missing and make a significant contribution to cooperation in this area.