Biden warns of winter of "illness and death" for unvaccinated Americans 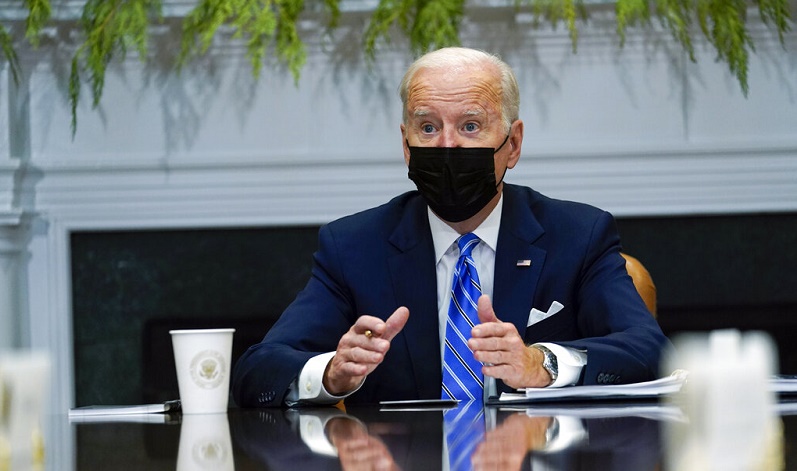 U.S. President Joe Biden has warned that unvaccinated Americans are facing "a winter of severe illness and death" and they "will soon overwhelm" hospitals amid spreading Delta and Omicron variants, The Independent reported Thursday.

The U.S. Centers for Disease Control and Prevention (CDC) predicted that cases linked to both Delta and Omicron variants could peak in January, reported the British online newspaper.

The United States -- the hardest-hit country by COVID-19 worldwide -- is currently averaging 1,150 deaths from the virus daily, Francetvinfo quoted the CDC in a report on Wednesday.

The country's death toll from COVID-19 surpassed 800,000 on Tuesday, according to the Johns Hopkins University tracker, the report said, adding that the figure is higher than the population of some states, such as Alaska or North Dakota.

At least 1,000 children in the United States have died from COVID-19, Newsweek reported Thursday.

As many as half of all COVID-19 infections in children may be asymptomatic, but the virus could still lead to potential serious complications such as multisystem inflammatory syndrome (MIS-C) -- a rare condition in which different body parts become inflamed, including the skin, eyes, brain, heart, kidneys, lungs or gastrointestinal organs, the U.S. weekly news magazine quoted the CDC as saying.