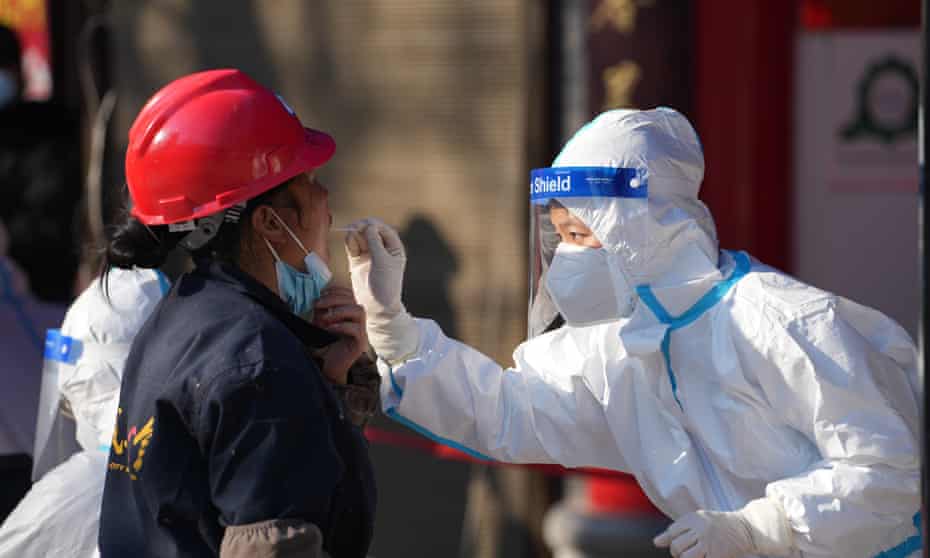 Thirteen million people in a major Chinese city were under strict stay-at-home orders starting Thursday to stop the spread of Covid-19, as authorities scramble to keep their zero-case strategy six weeks ahead of the Winter Olympics, News.Az reports citing AFP.

Xi'an -- home to the world-famous Terracotta Warriors -- sharply tightened travel restrictions and told residents to stay home, after several hundred recently reported infections were linked to an initial case at a university in the city.

With Beijing preparing to host the 2022 Winter Olympics in February, China is on high alert as it fights local outbreaks in several cities.

But cases have been bubbling up in recent weeks.

Cases from Xi'an have so far spread to five other cities, according to state media, including one traced in Beijing and another in southern Guangdong -- fuelling fears about how quickly the virus can spread geographically across the vast country.

From midnight on Thursday, all households may only "send one household member outside once every two days to purchase necessities," with all others ordered to remain indoors except for emergencies, the city government said in a statement.

Residents "should not leave the city unless necessary," it said, adding those seeking to leave would have to apply for approval.

All non-essential businesses have been ordered to close.

Large-scale meetings have been suspended, while the museum housing the world-famous Terracotta Army -- the 2,000-year-old mausoleum of China's first emperor -- has shut until further notice.

Vice Premier Sun Chunlan visited Xi'an a few days before the lockdown, and warned the situation was "grave and complicated".

She urged "swift virus containment measures to curb the spread", according to official news agency Xinhua.

The country has stepped up already-strict measures as it braces for the arrival of thousands of international athletes for the Olympics in February.

The capital Beijing is demanding negative Covid tests from all visitors and limiting flights from other cities.