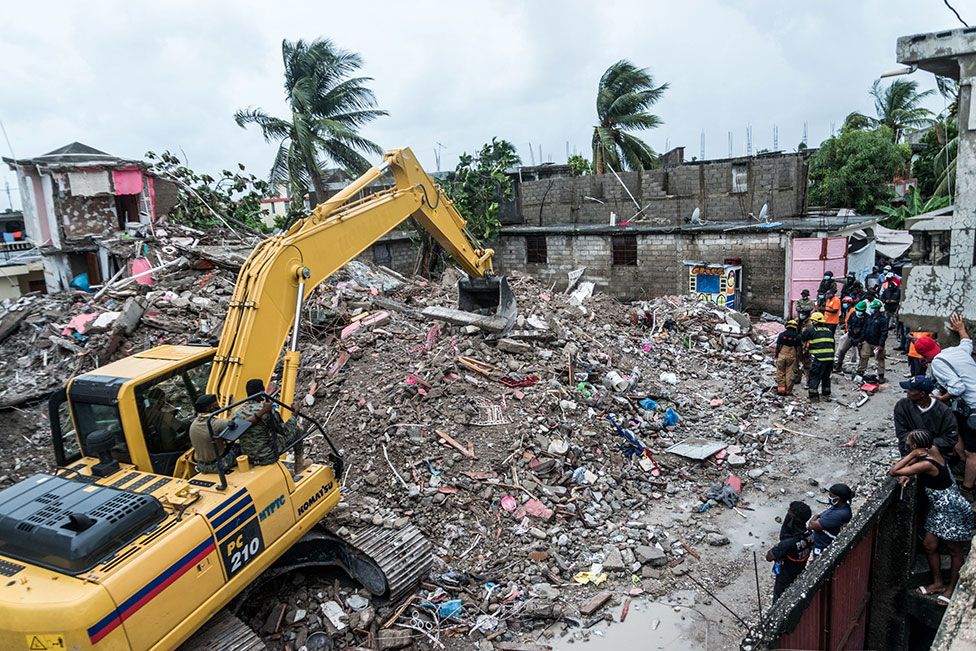 The death toll from a massive earthquake in Haiti soared past 2,000 on Wednesday as relief workers warned of challenges to aid efforts five days after thousands of people were left homeless, AFP reported.

The number of people killed in Saturday's devastating quake has risen by almost 250 to 2,189, the country's civil protection agency said.

"There are around 600,000 people who were directly affected and who need immediate humanitarian assistance," said Jerry Chandler, speaking from the emergency operations center in the capital Port-au-Prince.

"We had to find ways of ensuring security, which remains a significant challenge."

The quake also injured at least 12,268 people and damaged or destroyed tens of thousands of buildings in the Caribbean nation, which has still not recovered from the devastating earthquake of 2010.

On Tuesday, many Haitians left with no shelter by the 7.2-magnitude earthquake had to endure lashing winds and pouring rain as Tropical Storm Grace passed over the country.

Even before the powerful earthquake, Haiti, one of the world's poorest countries, was wracked by a mounting Covid-19 crisis and political chaos that culminated last month with the assassination of president Jovenel Moise.

And while gang violence plagued the poverty-stricken neighbourhood of Martissant near the capital in the weeks since early June, that threat appears to have diminished for now with an informal truce in place, easing fears that gun violence could impact the flow of convoys out of Port-au-Prince.