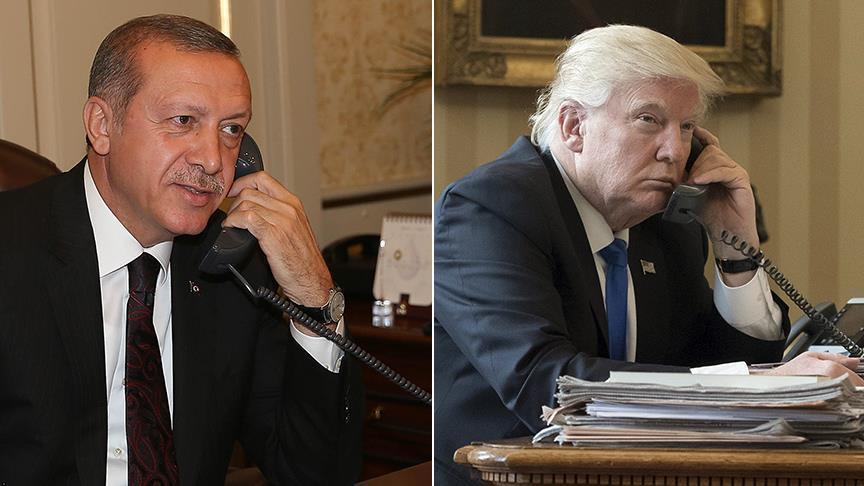 In a statement, the White House said President Trump "reiterated U.S. support to Turkey as a strategic partner and a NATO ally, and welcomed Turkey's contributions to the counter-ISIS campaign", using another name for Daesh, according to Anadolu Agency.

The statement added that the two countries enjoy a "close, long-standing relationship" and they have a "shared commitment to combatting terrorism in all its forms".

The Turkish presidency corroborated the emphasis on counter-terrorism cooperation and on the two nations' "well-established ties as friends and allies", adding that President Erdogan wished success to President Trump during his term.

Trump was sworn in as the 45th President of the United States on Jan. 20. He was elected to office after the Nov. 8 polls last year, beating Democratic nominee and former secretary of state, Hillary Clinton.