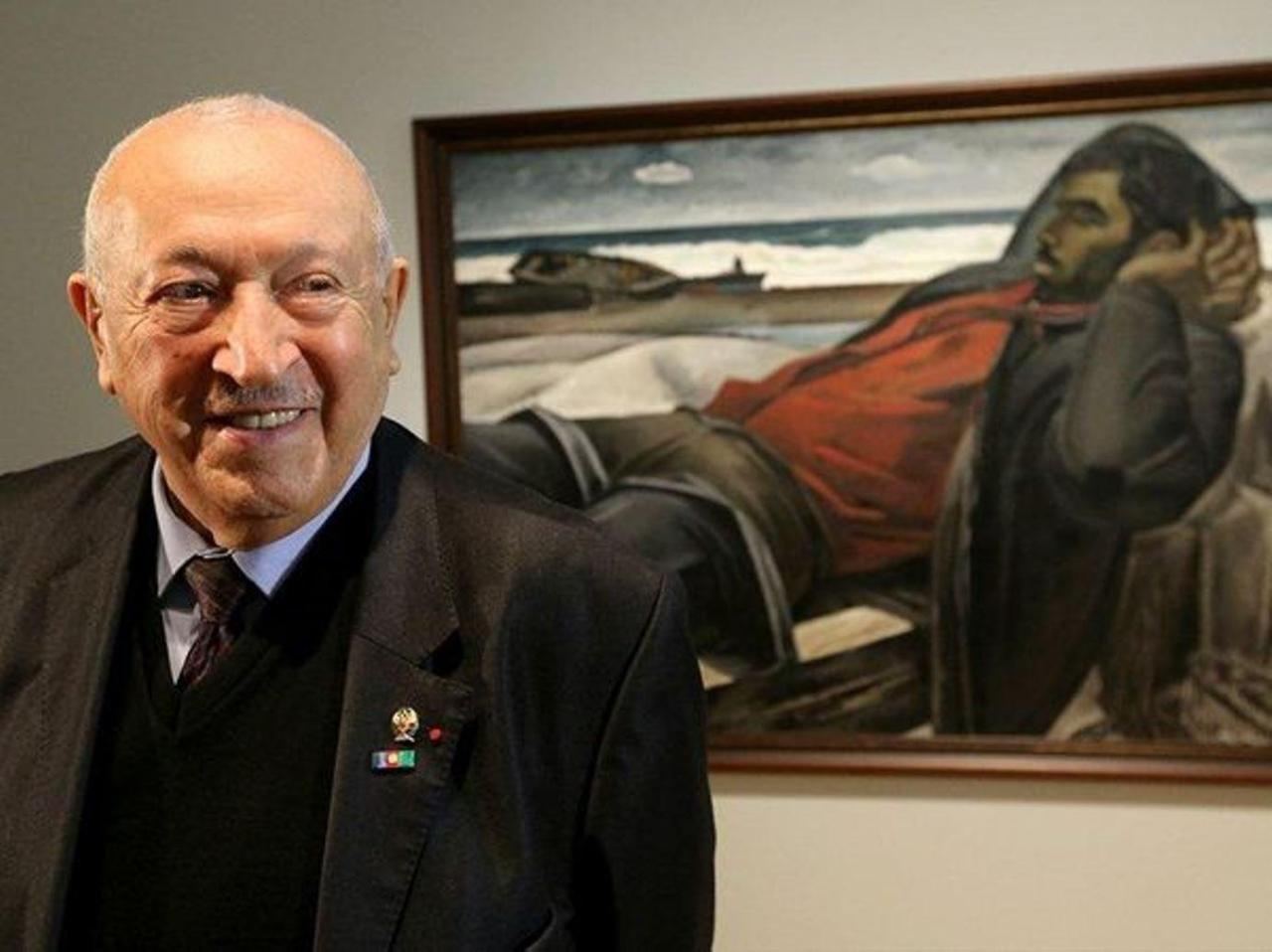 People's Artist of Azerbaijan and the USSR, Vice President of the Russian Academy of Arts Tahir Salahov passed away in Germany at the age of 92, his daughter Aydan Salahova said on Friday.

Tahir Salahov studied at the Azimzade Art College in Baku in 1945–1950 and the Surikov Moscow Art Institute in 1951–1957. Salahov won an early recognition: his diploma work, The Shift is Over, was exhibited in 1957 at the Moscow All-Union Art Exhibition and received public and critical acclaim. He became one of the leading representatives of the so-called "severe style", a trend in Soviet art of the 1960s that aimed to set off a hard, publicist, realist view against the ceremonial "polished reality" of the Joseph Stalin era. Salahov's compositions on the life and work of the Baku oil-workers and portraits, e.g., of Azerbaijani composer Gara Garayev, and Soviet composer Dmitri Shostakovich, are characterized by a forcefulness and lack of idealization. Salahov chose a sparing palette of contrasting red, black, light- and dark-grey tones and gave colored plains a decorative function.

His later works are more peaceful and lyrically contemplative, and Eastern influences are more apparent, as in Portrait of Grandson Dan (1983, Azerbaijan State Museum of Art), in which the composition and coloring are subordinate to the flowing rhythms of Eastern medieval miniatures. His lines became smoother and more melodious, his palette more sophisticated. Many of his most successful works are associated with his impressions of foreign countries (e.g., Mexican Corrida; 1969, Mustafayev Azerbaijan State Museum of Art). He also produced expressive drawings and stage designs. In 1998, Salahov was appointed an Academician of the National Academy of Arts of the Kyrgyz Republic, alongside fellow artists Durdy Bayramov, Suhrob Kurbanov, Turgunbai Sadykov, and Erbolat Tolepbai.