Farid Shafiyev: Armenian leadership with such irresponsible statements leads its own population to greater catastrophe 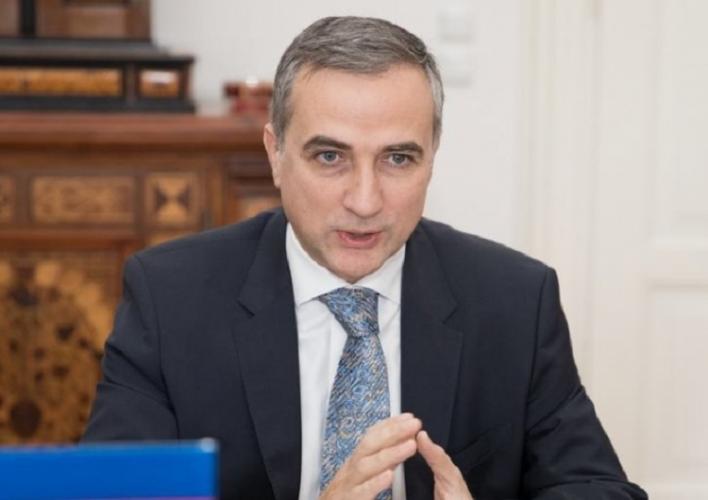 According to him, it is not the first time the Armenian side makes such misleading and groundless from a legal viewpoint commentary: "In accordance with the Constitution of the USSR, only 15 (allied) Soviet republics had a right to secede from the Soviet Union, while Nagorno-Karabakh was an autonomous region within the Azerbaijan Soviet Socialist Republic. Thus, autonomous regions of the USSR did not have a right to secede."

"Yerevan also repeatedly claimed that the secession of Nagorno-Karabakh from Azerbaijan was possible due to the Law of the USSR “On the Procedures for Resolving Questions Related to the Secession of Union Republics from the USSR” of 3 April 1990, according to which in case of implementation by any Soviet republic the secession procedure, an autonomous entity would also acquire a right to decide independently whether to secede from or stay within the Soviet. However, Azerbaijan, as well as Armenia and other Soviet republics, left the Soviet Union after its disintegration in the aftermath of Belovezh Accords of 8 December 1991. In this regard, the abovementioned Soviet Law of 3 April 1990 cannot be invoked, as Azerbaijan has not utilized it during its secession. Neither Armenia did," the chairman stated.

Farid Shafiyev stressed that the Armenian side made numerous attempts to annex legally the Nagorno-Karabakh region of Azerbaijan during the Soviet time, and the latest one, on 1 December 1989 was nullified by central Soviet authorities due to violations of several provisions of the Soviet Constitution and laws: "The so-called referendum conducted in Nagorno-Karabakh on 10 December 1991 without the consent of the Azerbaijani government and without the participation of the Azerbaijani population of the region was also illegal.

Azerbaijan and Armenia were accepted to the United Nations on 2 March 1992 and their respective borders were recognized within a principle uti possidetis, which reaffirmed the borders of former Azerbaijani and Armenian Soviet republics, where Nagorno-Karabakh region was part of Azerbaijan.

The United Nations Security Council and other international organizations reaffirmed this status.

The attempts of Armenian nationalists to conceal the irredentist annexationists claim to Nagorno-Karabakh region of Azerbaijan under the pretext of self-determination is void from both legal and historical viewpoints.

The Armenian current leadership should realize that they with such irresponsible statements which on the one hand claims “the independent status” of Nagorno-Karabakh region of Azerbaijan and on the other hand declares that “Nagorno-Karabakh is Armenia”, leads the region, including its own population to greater catastrophe."