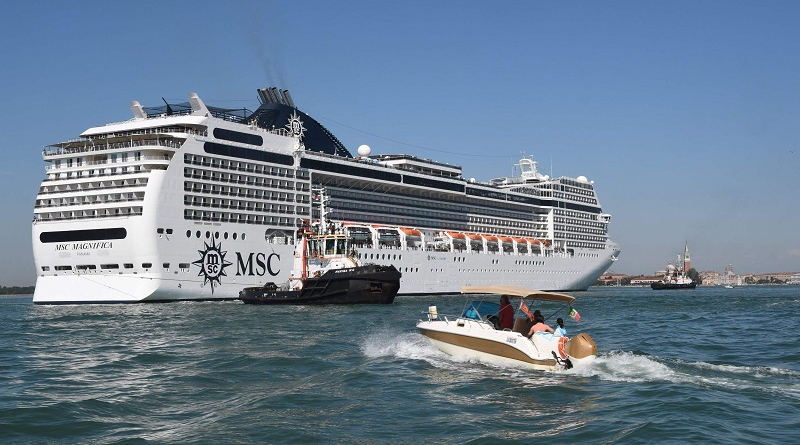 A fire broke out on a ferry sailing from Greece to Italy on Friday with 288 people onboard, the Greek coast guard said.

All passengers from the Italian-flagged Euroferry Olympia, which was heading to Italy from the Greek city of Igoumenitsa, are safe and on rescue boats, Secretary of State for the Merchant Navy Kostas Katsafados told Greek radio station Skai.

The coast guard said 237 passengers and 51 crew members were onboard. No casualties have been reported and police said three tug boats and three patrol boats were sent to help passengers.

There were no immediate reports of deaths or injuries.

"The captain of the Euroferry Olympia asked the passengers to leave the boat," police said.

They were being transported to the nearby Greek island of Corfu, said the Greek coastguard, leading the rescue operation.

The incident took place around 4:30 a.m. (1:30 a.m. GMT) off the northern coast of Corfu, between Greece and Albania, an official from the Greek coast guard's press office told Agence France-Presse (AFP).

The cause of the fire is not yet known and an investigation has begun, the agency said.