France unveils mini Statue of Liberty in US capital 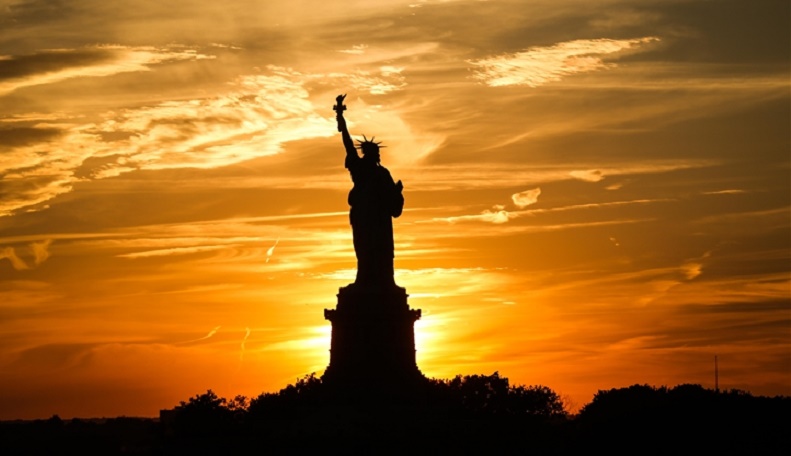 A second miniature version of the Statue of Liberty has found a second home in Washington D.C., nearly 135 years after the iconic monument was unveiled in New York harbor, Anadolu Agency reports.

During a visit to the US, French Foreign Minister Jean-Yves Le Drian inaugurated the bronze statue on Wednesday for the French national holiday, Bastille Day, alongside American Secretary of State Antony Blinken, on the premises of the French ambassador’s official residence in Washington. Le Drian said the values of the Republic are once again shared with France’s American ally with the arrival of another Statue of Liberty.

“On this French National Day on US ground, we inaugurate the greatest symbol of US and France friendship between, freedom and founding values,” French envoy Philippe Etienne tweeted.

The 9-foot (2.7-meter) statue, had been installed in France’s National Museum of Arts and Crafts (CNAM) but was given on loan to the US for 10 years.

It arrived in the US at the beginning of the month and was on Ellis Island for American Independence Day on July 4.

It was reproduced from the original 1878 plaster model by Auguste Bartholdi in 2009. The original statue was gifted by France in 1885 as a symbol of “Liberty That Lights the World.”

Blinken said that the idea of the statue was originally conceived by a history professor and jurist from the College de France, Edouard Rene Lefebvre de Laboulayeby, who was inspired by events of the American civil war and the anti-slavery abolition movement.

Lady Liberty, he added, has “forced us to reconcile with the gap between our ideals and our reality; between who we are and who we strive to be.”