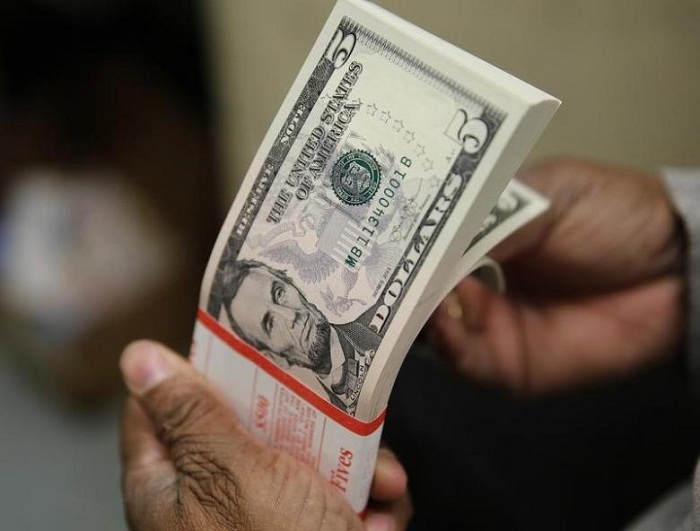 The dollar dipped as investors sought the traditional security of the yen on Monday, worried by the implications of immigration curbs that put the spotlight back on the risks of President Donald Trump`s protectionist bent.

The dollar had begun to climb at the end of last week after its worst month in five, as expectations of higher inflation and tax cuts to spur growth under the new president pushed U.S. government bond yields higher, Azvision.az.

That was halted by a combination of weaker-than-expected economic growth data on Friday and the uproar that followed Trump`s order restricting entry to the United States for travelers from seven Muslim-majority nations.

After an Asian session quietened by Chinese New Year holidays, the yen was up 0.2 percent at 114.85 yen per dollar JPY= in early European trade. The greenback was flat at $1.0698 per euro EUR= and marginally higher at $1.2545 against sterling. GBP=

Attention in Europe will focus on German inflation data at the start of a week dominated by central bank meetings in the United States, Japan and the United Kingdom.

Euro investors were also considering the implications of the selection of a more radical leftist candidate by the French Socialists for presidential elections in April.

A stronger dollar was one of 2017`s big calls for many investment banks and asset managers at the end of last year but that faith has been undermined by worries about how U.S. trade and international relations will pan out under Trump`s presidency.

At the top of the list are concerns that the new administration may actively pursue a weaker dollar as part of efforts to change its trading relationship with China and others.

"The weak U.S. GDP is doing the dollar no favors. But it also takes courage to keep buying the dollar considering what Trump has said about the kind of a currency policy he could pursue," said Daisuke Karakama, market economist at Mizuho Bank in Tokyo.