Hitler's phone to be put up for auction 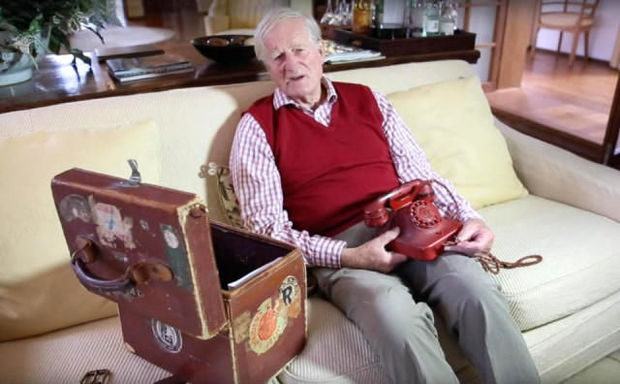 It was the telephone used by Hitler to demand the deaths of millions of Jews, to scream brutal instruction at generals on the battlefield during World War Two and to order the death of his brother-in-law.

And now the Nazi leader's personal wartime phone is set to fetch over £400,000 when it is sold at auction next month, Daily Mail reports.

The astonishing item, described as 'virtually unequalled in historical importance' was recovered from the 'Fuhrerbunker' deep beneath Berlin.

It was picked up by a British officer who arrived at the hidden shelter shortly after the Nazi leader's suicide in April 1945 as Russian forces approached.

The phone had previously been used by Hitler extensively to shout orders at those running concentration camps as well as his officers battling the war around the world.

Among the last calls made on the phone was to order the execution of his brother-in-law- General Hermann Fegelein for treason.

Another was to instruct his aides to torch his apartments once he and his wife, Eva Braun had committed suicide.

The phone was recovered by Brigadier Sir Ralph Rayner, thought to be one of the first non-Soviet soldiers to enter Berlin following the German surrender.

He was sent by Field Marshal Bernard Montgomery to establish contact with his Russian counterparts in Berlin - and they gifted him the scorched and battered blood red phone.

After the war he brought it back to the UK hidden in a suitcase, but refused to talk about his trophy, which was made by German electronics giant Siemens and is engraved with a swastika and Hitler's name.

He feared he'd be accused of 'looting' - an act British troops had been ordered by their superiors not to carry out under threat of court martial.

So Brigadier Rayner passed the phone on to his son, Ranulf Rayner, before his death in 1977 - and Mr Rayner, himself a retired army major, has now decided to sell it in the hope it is put on display as a reminder of the terrible crimes carried out by the Nazis.

The 82-year-old, who lives in Dawlish, Devon, said: 'This was Hitler's personal instrument of death.