Israel Hayom: Glorifying fascism disrespects the memory of the Holocaust 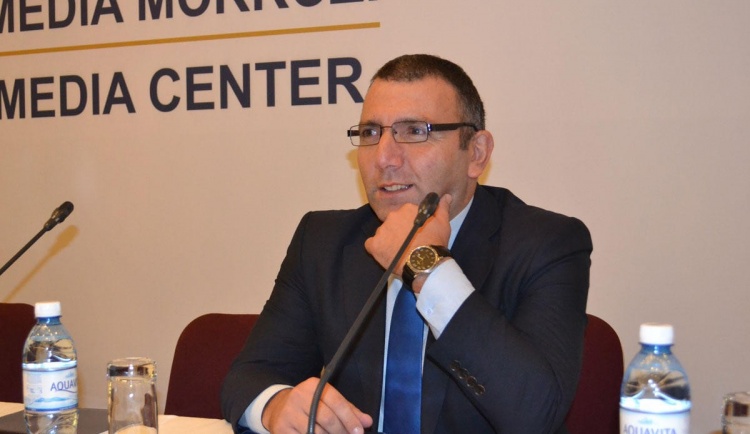 "A sovereign nation's people have the right to interpret their history and memorialize whomever they designate as national heroes. However, we should not be silent when a person who was involved in the crimes perpetrated during the Holocaust becomes some nation's hero.

A few days ago, the international community, despite the coronavirus restrictions, marked the 75th anniversary of the great victory over fascism. We must be worthy of the great sacrifice made by the Great Generation of our great-grandfathers, who fought the battles.
I am an Israeli citizen, the grandson of a former Soviet Army officer of whom I am very proud of and love.

Along with being part of the victory, my grandfather sidestepped the Holocaust and the colossal, devastating tragedy the Jewish people experienced during World War II. My grandfather lost most of his family in the Holocaust. He survived only because at the time his relatives have been sent to their death, he was fighting the war, defending his homeland, and thus he could not protect his family.

On May 9, 2020, Armenian Prime Minister Nikol Pashinyan posted a photo of his grandfather, Nikol Pashinyan, on Facebook with the caption: "Nikol Pashinyan, 1913-1943. He served in the 554th Infantry Regiment of the 138th Infantry Division. Eternal glory to the fallen for their homeland. "
This post puzzled me because, as it turned out, the Armenian PM's grandfather allegedly collaborated with the Nazis during World War II. Azeri media has been covering the issue extensively.

One cannot help but recall the words of the Republic of Azerbaijan President Ilham Aliyev, at the Ashgabat CIS summit, when Armenia's "democratic leader, Pashinyan, tried and failed to compare the fascist Nzhdeh with the Soviet dissident Aleksandr Solzhenitsyn:

"The former Armenian authorities erected a monument, in the center of Yerevan, in honor of the fascist executioner and traitor Garegin Ter-Harutyunyan, who served with the German fascists under the nickname Garegin Nzhdeh. Unfortunately, the new government of Armenia did not dismantle this monument. I believe that there is no place for fascism glorification in the CIS," the Azeri president emphasized.

I believe that President Aliyev, the leader he is, is the first among all the CIS countries' presidents to have told the Armenian PM that his country has been engaged, for many years, in glorifying Nzhdeh.

A sovereign nation's people have the right to interpret their history and memorialize whomever they designate to be their national heroes. However, we should not be silent, we must speak up when a person who was involved in the crimes perpetrated during the Holocaust becomes some nation's revered hero.

How can we, Israelis, react to the monument erected three years ago in Yerevan, to commemorate Nzhdeh, an anti-Semite and apparent Nazi accomplice? The prolongation of his memory is a reprehensible insult to the memory of the victims of the Holocaust. For me personally – someone whose grandfather lost all members of his family to the Nazis' atrocities in Ukraine – this is irredeemable emotional pain.

It is no longer a hushed secret, and the ideology of fascism, the glorification of Armenian fascists and Nazis who worked closely with Nazi Germany, are being promoted at the state level in Armenia.

The popularization of fascism, antisemitism, and neo-Nazis has become an integral part of Armenia's state policy, a country located in the South Caucasus. What is even more outrageous is that the fascist ideology called "Nzhdehism" is included in Armenia's educational institutions' curriculum and generations are brought up on these "values."

The fact that former Armenian President Serzh Sargsyan and former Defense Minister Seyran Ohanyan have taken part in the ribbon-cutting ceremony for Nzhdeh's monument and that on Victory Day, PM Pashinyan publically shared a photo of his grandfather, a collaborator with fascists, once again confirmed that both Armenia's former and current leaders consider themselves to be Nzhdeh's genuine heirs.

The Jewish people will never forget the acts of cruelty committed by the 20,000 Armenian legionnaires led by Nzhdeh during World War II. Historic documents confirm this fact. The purpose of the Armenian Legion, led by Nzhdeh, was to raid the homes and destroy the lives of Jews, as well as other "objectionable" to the German army. It was "thanks" to the Armenian Legion that the towns Simferopol, Yevpatoria, Alushta, Kerch, and Feodosia, as well as other areas of Western Crimea, were completely expunged of Jews.

It is therefore required of us not to be indifferent to the way modern Armenia elevates past figures who were clearly fascist and anti-Semitic to the rank of national heroes. Modern Armenia's policy can be seen as something of a ticking time bomb: Young people who grow up on such ideology will continue to live according to fascism's creed.

Armenia's state policy displays extreme disrespect for the millions of people who died fighting fascism in World War II, disrespect their relatives and surviving veterans, especially citizens of the former USSR who fought with exceptional merit to defeat fascism.

Really, the Armenians have no other heroes to commemorate except the fascists Nzhdeh?"