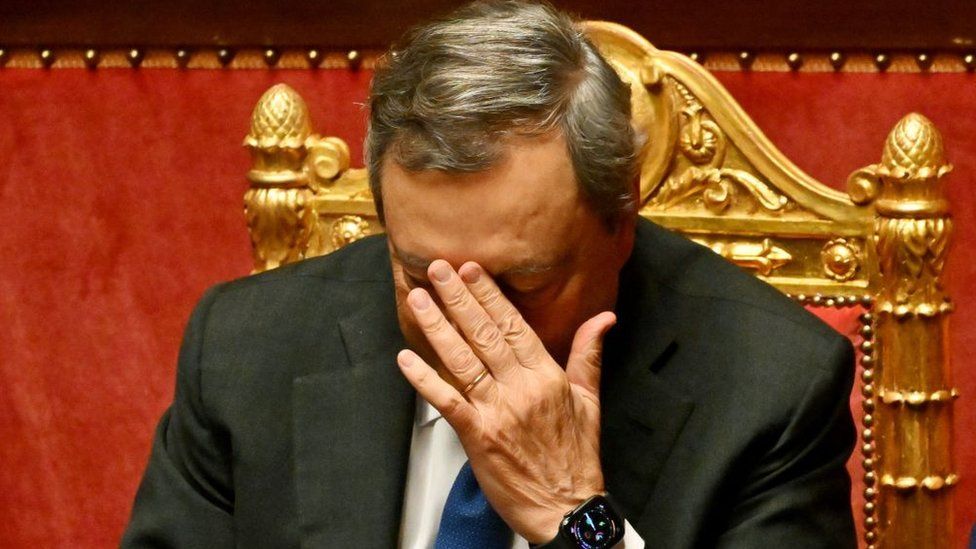 When Prime Minister Mario Draghi announced that Italians had persuaded him not to resign, for much of Wednesday it looked as if his national unity government would survive, News.az reports.

He called for a new pact and a vote of confidence in the Senate.

But hours later three parties in the coalition said they would not take part in the vote.

Now, after a year and a half, his broad-based government encompassing right and left is set to collapse.

After what the leader of the centre left called a day of madness, Mr Draghi won the vote but, deprived of the support of three parties, he is now likely to tender his resignation for the second time in a week. However, he is first due to attend Thursday's debate in the lower house of parliament.