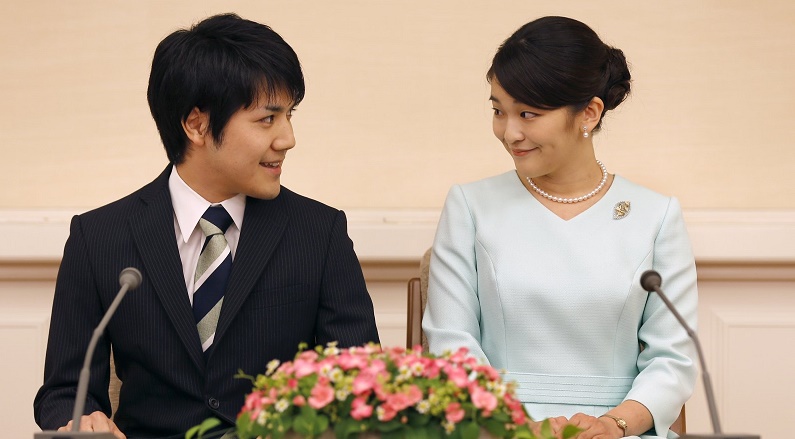 Japan's Princess Mako will marry her former classmate and commoner later this month after years of controversy, but she will forego traditional rites and will not take a usual payment given to royal women marrying commoners, AFP reports.

Princess Mako, who is the niece of Emperor Naruhito, has been engaged to sweetheart Kei Komuro since 2017.

But the union has come under criticism, with the agency saying the 29-year-old princess was suffering complex post-traumatic stress disorder because of media coverage.

Mako, the daughter of Japan's crown prince, has endured years of sniping and stalling over her plans to marry Komuro, also 29.

Japan's imperial succession rules mean that Mako will lose her title after the marriage.

But her partner has still been heavily scrutinized over allegations that his mother borrowed money from a former fiance and failed to repay it.

After tabloid reporting on the claims, a furor erupted around the young couple in a country where the royal family is held to an exacting standard.

The pair postponed their wedding, and Komuro moved to the United States for law school in a move that was widely seen as a bid to defuse the negative attention.

Crown Prince Akishino last year said he supported his daughter's marriage, but that she needed to win the public's "understanding."

However, the pair appear to have decided they have waited long enough, and are now expected to move to New York after marrying.

Komuro returned to Japan earlier this week to a media frenzy, with particular scrutiny of his newly grown ponytail.

He is observing Japan's mandatory 14-day quarantine for overseas arrivals, and local media said the couple was expected to reunite for the first time in around three years after he emerges on Oct. 11.