Kremlin says it has no compromising dossier on Trump 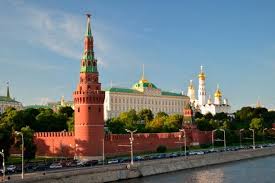 The Kremlin said on Wednesday it was "total nonsense" that Russian officials had assembled a file of compromising information on U.S. President-elect Donald Trump.

Two U.S. officials said on Tuesday evening that the heads of four U.S. intelligence agencies had last week presented Trump with classified documents which included unverified claims that Russian intelligence operatives had compromising information about him, according to Reuters.

Addressing reporters on a conference call, Kremlin spokesman Dmitry Peskov said the dossier containing the claims was a hoax which had been dreamt up to further harm U.S.-Russia relations, which are already at their lowest level since the Cold War.

"It is an attempt to damage our bilateral relations. It is pulp fiction," said Peskov, who also roundly dismissed as false assertions in the dossier that he himself was heavily involved in running a Russian campaign to undermine defeated presidential candidate Hillary Clinton.

"You have to react to this with a certain humor, but there's also a sad side to this. Hysteria is being whipped up to maintain a political witch hunt."

Peskov said the Kremlin did not engage in compiling compromising dossiers on anyone and was focused on building relations with Russia's foreign partners instead.