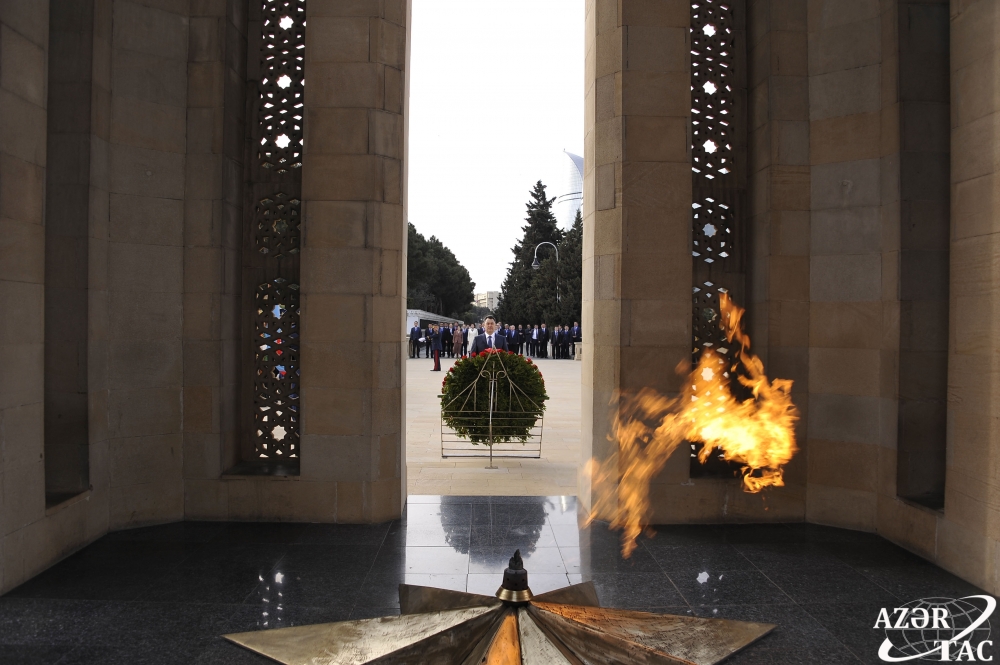 Kyrgyz President Sadyr Japarov, who is on an official visit to Azerbaijan, and his wife Aygul Japarova have today visited the Alley of Martyrs, News.az reports.

A guard of honor was lined up for the Kyrgyz President here.

President Sadyr Japarov and his wife Aygul Japarova paid tribute to Azerbaijani heroes who gave their lives for the country’s independence and territorial integrity.

The Kyrgyz President then laid a wreath at the Eternal Flame monument.

A military orchestra then played the national anthems of Kyrgyzstan and Azerbaijan.

The Kyrgyz President then enjoyed a panoramic view of Baku, as he was informed on the history of the Alley of Martyrs and redevelopment works carried out in the capital of Azerbaijan.