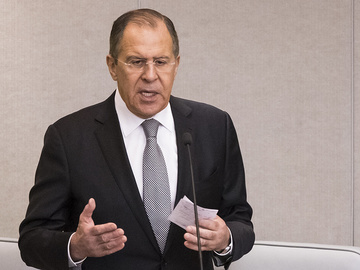 Russian Foreign Minister Sergey Lavrov is convinced that the contacts of Russian and US diplomats on Syria in Geneva will remain intense under the new US administration.

"As soon as the structures of the administration that will work in the Syrian direction are formed and the positions are filled, I’m convinced that (the intensity of contacts between diplomats) will be at least not less rare," Lavrov said, TASS reports.

"The contacts at the working level in Geneva continued," Lavrov said. "Every week, the meetings of two groups - on ceasefire and humanitarian issues - are held in Geneva. The contacts as part of these mechanisms between the Russian and US diplomats continue," he said.

"Our contacts will resume already at the political level and I’m convinced of this as the Trump administration has called the Islamic State a key threat to be jointly countered," he said.